Hey, it’s Ashleigh here, and the Left hates the fact that biology dictates gender. A person with a penis won the “women’s” cycling championship by simply claiming he is a woman.

This is the end of women’s sports. We all know that even extremely fit women are physically weaker and slower than men. But by saying you’re a woman, you can now compete and win against people with vaginas.

Ha! I don’t mind trans people. Just don’t tell me what to do.

And don’t order kids to change their gender just because the kids are born to crazy mothers.

The 7 year old boy who is being treated like a girl by his mother lost in court, so his mom can continue treating him like a girl. His dad has no say in the matter. Hey, that’s sexist!

But we all know that the Left hates men and hates fathers.

But in a small win, a man who insisted a women’s salon wax his balls sued the salon but lost. They don’t have to wax his balls even if he insists he’s a woman.

This happened in Canada, but do you doubt it is happening in the US of A?

And to treat a 7 year old boy as if he “knows” he’s really a girl, is so awful and terrible that it can’t be contemplated. But that is going on EVERY DAY in our country.

And public schools indoctrinate kids in preschool about transgenderism and homosexuality.

Forget the medical profession here — you would think doctors and scientists would step forward on behalf of these poor kids — and you would be wrong.

Because all medical innovators get attacked. Doctors are taught false and wrong practices in medical school, bought and paid for by Big Pharma.

The family owned company who pushed opioids on millions of people will end up settling for a few hundred million dollars, a far cry from the billions they made scamming and hurting people.

The trouble with these settlements is they go to greedy state and County governments who will waste the money. They should go to the people who are harmed, the patients.

And you should know about Dr. Bernard Fisher — who first developed the idea that women with breast cancer didn’t need disfiguring and harmful “radical mastectomies” — and for that, he was attacked relentlessly.

Then he proved his case. The surgeons and the cancer lobby hated him, but Dr. Fisher wasn’t done. He discovered removing a lump that was cancerous was usually better than removing the whole breast.

For that, they attacked him some more, questioning his ethics. He sued and on $3 million.

Dr. Fisher says, “The great tragedy of this, beside my personal harm, is that women in this country thought that the work I did all of these years was not credible. They questioned their therapeutic decisions and suffered anxiety needlessly.”

This is why I work with Matt Cook, the health researcher, on helping men to get off of harmful treatments and to use natural health supporting approaches instead.

For instance, did you know all of these blood pressure medications hurt a man downstairs? Check this out…

And no need for dangerous statins — just turn your extra cholesterol into healthy testosterone with the Factor C2T. 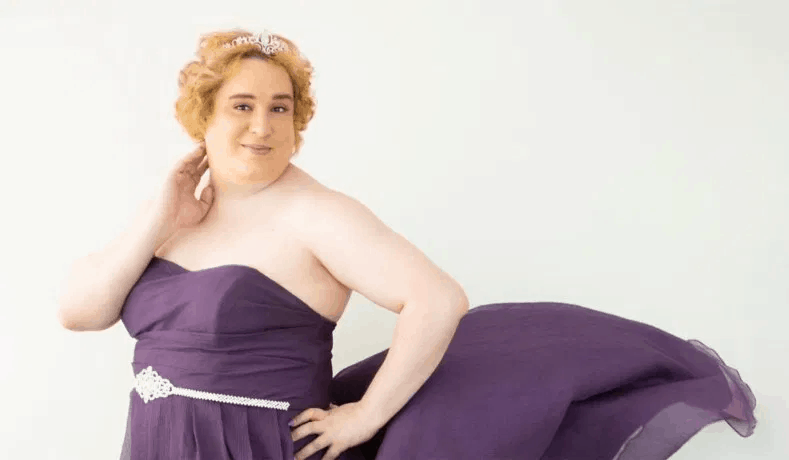 Desires a female waxing on his scrotal sack

The problem over transgender isn’t that some care to be known as what they’re objectively not.

A woman takes drugs and grows a beard — oh well, a guy dons a dress we can deal with.

It’s what those not of good faith will do with what it is demanded the law must enforce that is the problem.

Jessica Yaniv being the Canadian case in point.

Yaniv is a male to female trans, umm, guy.

Well, Jessie, whatever, you have a nice life now. Except that wasn’t enough.

Yaniv hasn’t been cut — whatever his circumcision status not properly cut — and decided to go around the waxing salons.

Insisting that his still male genitalia should be waxed just like the female work the cosmetologists were used to doing.

When they refused Yaniv sued.

Much to everyone’s surprise, the Canadian court has come back with what is obviously the right answer.

People who are trained to deal with the one set don’t have to handle the other set.

This is different from cakes — there is no difference in the baking of a cake dependent upon the claimed sex of the cake eater.

Same with renting a room — it doesn’t require an intimate knowledge of genitalia nor their usage.

‘Cuz whatever Yaniv or anyone else claims about their gender and position in society, a dick is still a dick.

And we’re not just talking about personalities here.

Yaniv not only lost the case, but has to pay damages. Not a lot, it’s true.

But the three cosmetologists he — we can now call him a he given the court ruling that not being cut does make a difference — really oppressed get $2,000 each from him.

Not the result I wished for.

I took advice from a daughter who is qualified to do this stuff.

She said the correct answer was to give Yaniv that full female waxing.

Y’see, there’s one wax used on women and another used on men.

Or, at least, men who have scrotums.

Use the female wax and it’ll take the hair off, sure enough.

It’ll also rip the scrotal sack itself. Badly too.

To the point of requiring stitching often enough, sometimes to the point of not needing parts of that sex change operation Yaniv hasn’t had as yet.

I did of course bring up the daughter properly.

She said the answer is to give Yaniv what he’s asking for, good and hard.

Add a bit of publicity, film it even, and that’ll stop anyone trying the same trick again.

Better than a $6,000 compensation bill will. 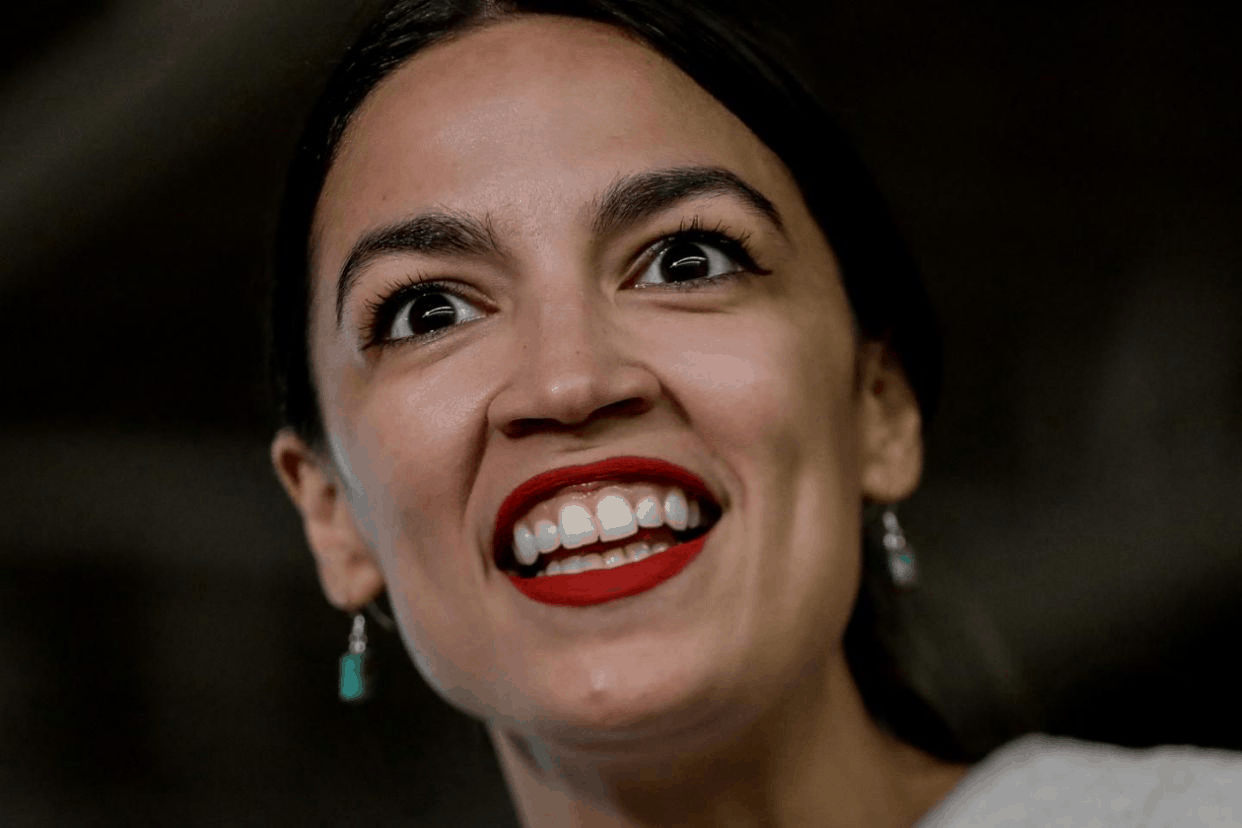 You’d trust the entire future of everything to this woman, right?

The task, of course, is to find out what she’s wrong about today, our Ms. Ocasio Cortez.

Today’s wrongtitude is that thing about the Green New Deal.

You know, that idea that we should smash capitalism to stop the planet boiling.

Give AOC and the bureaucracy the power to determine our lives, that probably being rather more the point of it all.

The thing that’s really wrong about it though, not just that power grab?

It’s the idea that we can plan our way out of climate change.

Nowhere has ever planned itself rich — socialism and government direction of the economy just don’t do that.

Lots of places have planned themselves poor, but that’s not quite what we’re trying to achieve.

The only ways we’ve ever got rich, anywhere, is using capitalism and markets.

More than just this, the only way we’ve ever managed to bring in a new technology is capitalism and markets.

So, which technology should we be using?

Which manufacturer of that technology should we prefer?

Think about cars for a moment

Back when we first had cars, there were diesels and steam and wood fired and petrol and electric…

…and for the first 30 years, none of ‘em were worth a damn compared to a horse.

This all started in the 1880s, and it wasn’t until Ford in 1913 that someone made a car that people flocked to buy.

It takes 30 years of market experimentation to get it right.

Which means that demanding we use a particular technology now doesn’t work.

The demand that we all switch to electric cars. Well, why electric?

Maybe fuel cells will be a better solution.

This simple change in focus boosts your bedroom performance

It’s true, anytime I accidentally start “losing it” in the bedroom, I make a short pause and before I know it — it’s back and then some!

…which unleashes the power of intimate pleasure and energy that is so deep, with a connection so strong, that you two will never argue or bicker ever again. 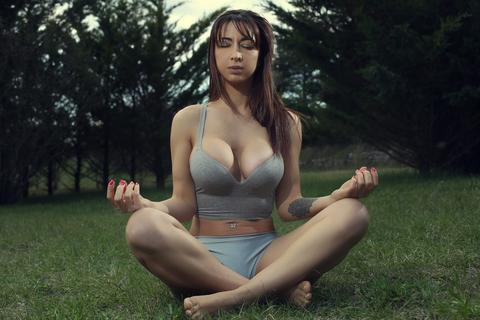 This 2-minute change in focus makes any problems between you two completely, entirely disappear…

…and electrifies the connections between you before, during and after each bedroom adventure.

Here’s how you can use the 2-minute change in focus tonight for an explosive experience. (As told by a Russian man with a price on his head)

Or maybe we should do it the other way entirely.

You can actually build gasoline from water and air.

You need to start with hydrogen and carbon.

So, carbon dioxide from the air. Hydrogen from water.

We can do this now, but it’s expensive — real, real expensive.

So, not a solution. But chemistry, well, that has new technologies too.

After all, if a damn plant can do it we can too right? And that’s the thing.

Maybe we shouldn’t change our cars at all.

Maybe we should change how we make the fuel.

Plants, this new technology, algae, maybe that’s the way to do it?

Make the gas from air and water and do it that way?

What’s the one thing the Green New Deal won’t allow?

Testing all these technologies to see which works best.

Which is, of course, why we shouldn’t use the Green New Deal.

If climate change really is a problem, then we want to solve it as cheap as we can.

That means we’ve got to use the capitalist lust for profits plus the experimentation of markets to solve that problem for us.

Planning just means the sort of people who give us the DMV designing the world for us.

Ain’t gonna work, is it?