This is the law, believe it or not…

Hey, it’s Ashleigh here, and Obama was forcing doctors to perform sex-change procedures. Luckily, a court ruled that this is a violation of the doctors’ rights.

They make “discrimination” illegal so you are forced to bake cakes for gay people even if you don’t want to.

What if I run a business?

And what if Customer Schmidt comes into my shop wearing a swastika.

What if I am the daughter of Holocaust survivers?

The Left wants to force me to do business with Customer Schmidt.

They want to force doctors to do sex-changes or the doctors are “guilty” of “discrimination.”

They want to force a baker to bake a cake against the baker’s beliefs.

The ACLU spells it out in a case of a photographer who didn’t want to take photos of certain people due to religious and political beliefs:

“Under Elane Photography’s proposal, customers could walk into the photography studio at Sears or JCPenny for a family portrait and be told they cannot have their picture taken because they are a Latino family, or a Jewish family, or a family with a child who has Down Syndrome.

“A photography studio could tell an interracial family that taking their portrait would create expression celebrating their interracial relationship and that it would violate the studio’s First Amendment rights to participate in that expression.”

Can you spot the scam here?

Only GUBMINT should be forbidden to discriminate.

Private people should do whatever they want as long as it’s their business and their money.

They are free to find another photographer.

The Left is so screwed up.

They want to force you as a business owner to violate YOUR rights.

And speaking of rights…

My doctor was SO mad when I performed this “dangerous” experiment on myself, but it landed me an interview with ABC News…

What a joke. This will make housing LESS affordable and screw landlords stupid enough to buy apartment buildings in Socialist Republic of Kalifornia.

Landlords are trying to control the damage before the law goes into effect, but Socialist Los Angeles is trying to block them from rescuing their investment in their apartment buildings.

So landlords can’t afford to maintain their buildings.

Only rich people can move into New York City and have their own place because only really expensive apartment buildings get built.

If you haven’t moved out of the Socialist Republic, you should while you still can.

And Tulsi Gabbard made one of the few good points in Tuesday’s “debate” farce:

“Calls for impeachment really began shortly after Trump won his election, and as unhappy as that may make us as Democrats, he won that election in 2016.”

The entire strategy of the Left is to create enough smoke with the cooperation of the Lamestreams… CNN, the NY Times and the Washington Post, followed by all the other lap dogs at ABC, CBS, NBC and PBS…so Trumpers loses.

Here’s what will — this natural Fusion Formula shuts off the gateway to pain in minutes. 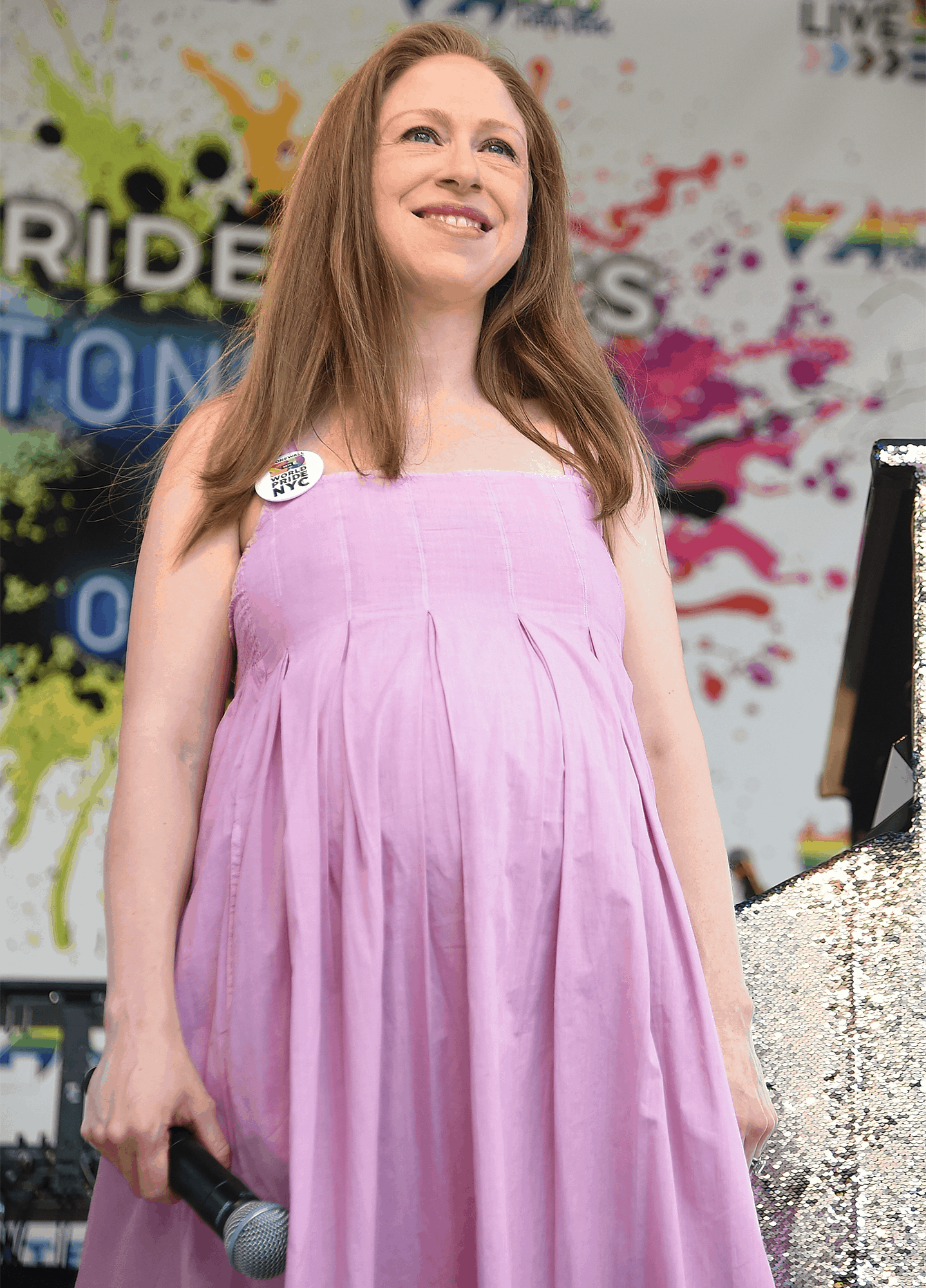 The difference is important to get this way

We shouldn’t be too hard on Chelsea, really.

She’s been lucky in the money her parents are rolling in, but Hills ‘n’ Bill don’t make a likely household encouraging good sense or mental stability.

But a guy with a beard and dick is actually a woman?

Which is, when we think about it, something of a problem.

Sure, we can all be anything we want to be.

Most of the time we’ll all be polite and go along with it too.

It’s just sometimes that pesky reality gets a look in and we can’t be.

If I insist I’m Napoleon, most will compliment me on my nice hat and leave it at that.

If I demand that France invade Russia again — it’s not just the Germans who try that — then I don’t, in fact, get my way.

The example Chelsea uses is that, even with a beard and a penis, a patient in hospital should be in the section they identify with.

Not the one biology assigns them to, but the one they proclaim.

This will be a surprise to the nurses treating prostate cancer — or cervical cancer — but not upsetting the snowflakes is more important, right?

Clinton said this over in England which probably isn’t the right place.

A guy who started out as Stephen White was jailed for rape.

After claiming to be Karen White, she was put in a women’s prison.

Yes, and the inevitable happened.

And while women in jail are there because they’re criminals, being locked up with and then attacked by a rapist isn’t part of the desired punishment.

So, sometimes the dick thing matters and sometimes it doesn’t.

Some guy wants to wear a skirt? Why not, Scotsmen do.

Personal pronouns? Sure, we’ll all be polite. Most of the time.

But sometimes it matters.

The Karolinska Institute — something to do with naked Swedish volleyball maybe — has found that testosterone makes a difference to women’s sporting ability.

Women who take the male hormone can run more like men, for longer and faster.

Sadly, they didn’t test what bounces in volleyball.

Is this important? Sure it is.

Why do we have women’s sport?

Because we know that women and men are different in their sporting ability.

Florence Joyner Griffiths got that drug assisted gold in the Olympic 100 metres.

In a time that would have put her fourth in the Brooklyn boys high school race that same year.

We really do know that the drugs, hormones, matter.

East Germany wouldn’t have won all those golds without it.

So we’re back with PJ.

All we’ve got to do is decide when it does.

And the correct answer isn’t never. 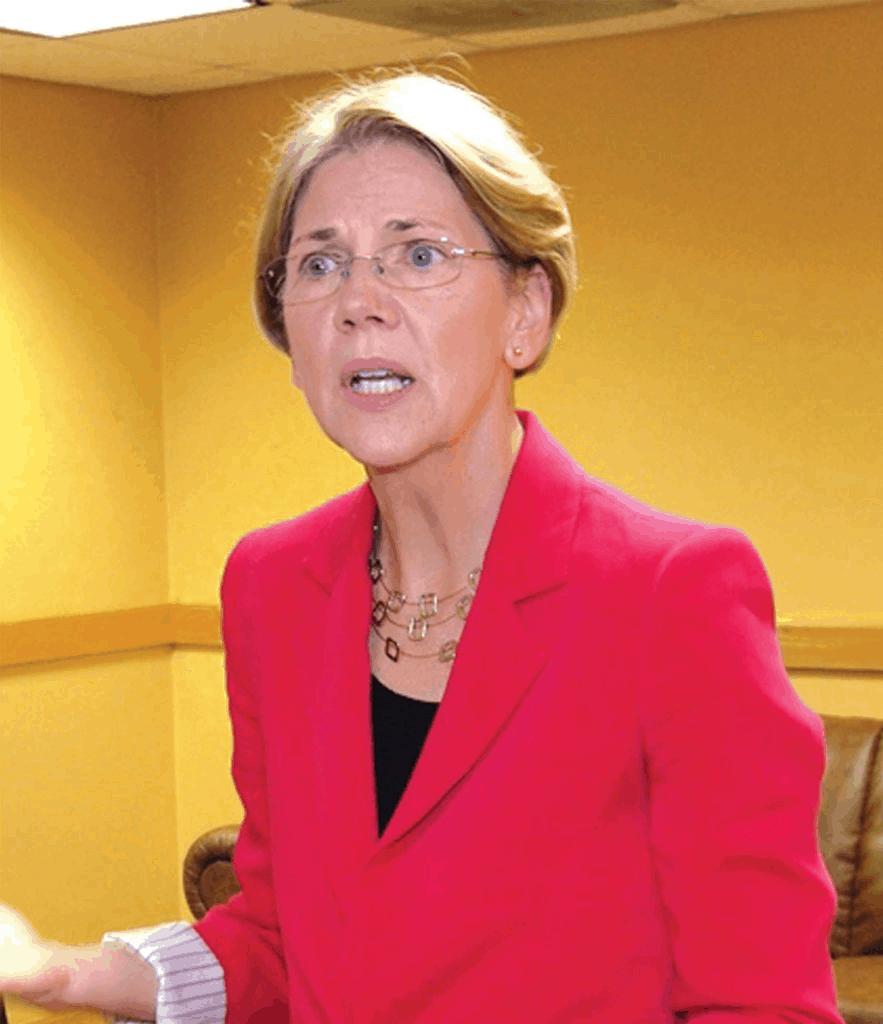 Rand Paul’s new book is out — The Case Against Socialism.

And you know, it’s Rand Paul, it’s a good book.

Except there’s one big mistake in it.

Socialism just ends up as being shit when it’s tried.

But that ain’t so.

It starts that way and continues.

Sure, we gotta be careful here.

Families work on socialism — one guy does all the work and everyone else gets to eat from it.

And that works in families.

It doesn’t work when it’s not our own kids we’re feeding.

That’s just the way humans work and we gotta deal with reality as it is, not build some dream that would work with a different species.

So, a socialist society just doesn’t and never can work.

It’s not that they deteriorate, it’s that they start out not working.

The economists behind Liz “Hatchet” Warren’s tax plan are a couple o’ Frenchmen working at Berkeley, Saez and Zucman.

The first question should be why are they working there, with a lower tax rate than Paris?

But that would be rude to ask them. Might expose them as hypocrites.

They say that the top tax rate should be 75%. That’s all taxes — Fed, State, FICA and all.

Have you heard about this lifespan breakthrough — CID5920 — that lets men live decades longer with a happy, healthy, and sexy life?

Until now, CID5920 was kept secret and only given to rich celebrities and powerful politicians…

I don’t know about you, but I’ve been waiting for this day for a long time…

Because once you discover all of the incredible benefits of CID5920, you will wish you had it 20 years ago…

Remember: no one knows how long CID5920 will be available… they could snatch it away again at any time…

That means a Federal income tax rate of about 60%. So they say at least.

There’s a problem with this. Y’know, that Laffer Curve stuff?

Taxes can be too high, lowering the rate means the Treasury gets more revenue?

Lizzie’s gone out and spent that extra money already. She has a plan, y’know?

The problem being that there won’t be any more money.

Because Laffer was right. There is a tax rate that’s too high.

We even have the calculation of what that rate is. About 54%.

That’s 54% including all State, all Federal, FICA, Medicaid and everything.

Which is about what the top tax rate on income — not the same as the top income tax rate — is in some blue states.

Which means the top Federal income tax rate is about where it is.

That’s how to get the most money for Uncle Sam to spend.

And guess who did this calculation? Emmanuel Saez.

Except this work was done with a real economist, Peter Diamond.

The guy who got his Nobel for studying tax systems.

So, when politics is involved Saez says taxes should be 75%.

And that’s why socialism is always shit.

Because the only way it ever happens is when people lie about reality.

Chelsea Covers for Clueless Hillary: ‘Yes’ Someone with a Beard and Penis Can Be a Woman
https://www.breitbart.com/politics/2019/10/14/chelsea-covers-for-clueless-hillary-yes-someone-with-a-beard-and-penis-can-be-a-woman/

Here’s why this economist says the ‘perfect’ tax rate for the rich is 75%
https://www.cnbc.com/2019/10/15/this-economist-says-the-perfect-tax-rate-for-the-rich-is-75percent.html