Hey, it’s Ashleigh here, and are you planning on attending a Trump rally? The Lamestreams are not reporting the tens of thousands of fans waiting for hours to get in.

It’s like 2016 all over again. Trump will win by a landslide and all along they are spreading lies.

For instance, the story that the Whitehouse chief of staff admitted to a “quid pro quo” with Ukraine. He did not, but the 3 people watching CNN are lied to it seems.

The entire strategy of the Left is to put up smoke until the elections. As Trump says, the fate of democracy is at stake.

They will not impeach Trump because that would give the Republicans the powers of subpoena.

Instead they will endlessly talk about it and enough American “Deplorables” will hopefully think the smoke means it’s real.

So Facebook…Markie Zuckerberg, co-founder and CEO, gave an impassioned lying talk at Georgetown where he cried out for us to believe that Facebook is fair and balanced and LOVES free speech.

The truth is Facebook loves you to share your breakfast with your 5 Facebook “friends,” but they hate anyone talking politics if the politics are Conservative. That’s why they banned this conservative woman for talking about her religious Christian beliefs. 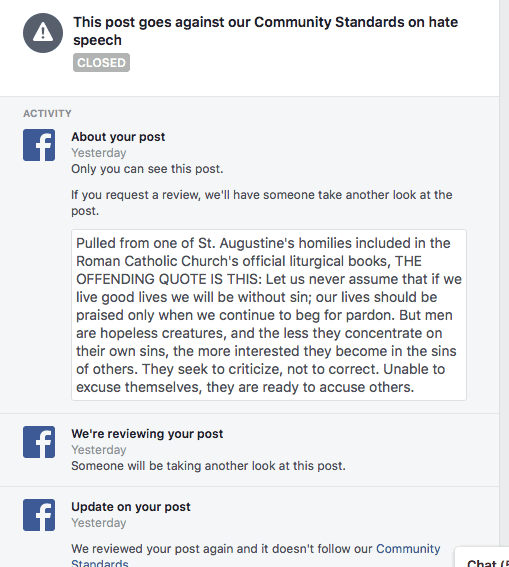 And Zuckerberg lies about the very origin of Facebook, claiming Facebook started as a highbrow idea when actually it was incredibly immature and icky.

And the FBI has admitted to spying on 70,000 Americans without a warrant.

All that Facebook and Google data gets sucked into their Utah center and used to spy on Americans.

As for us, Daily Liberty News, look, Fellow Liberty Lover:

We can never promote our messages on Facebook because they ban us.

We were on 2 hours the other day before they banned us for “policy violations” and they never say what those are. Good luck on Facebook!

Discover the breakfast that gives men perfect blood sugar (it even reverses diabetes in many men!)

Ever heard of solo-cultivation? Check out these 3 solo activities. 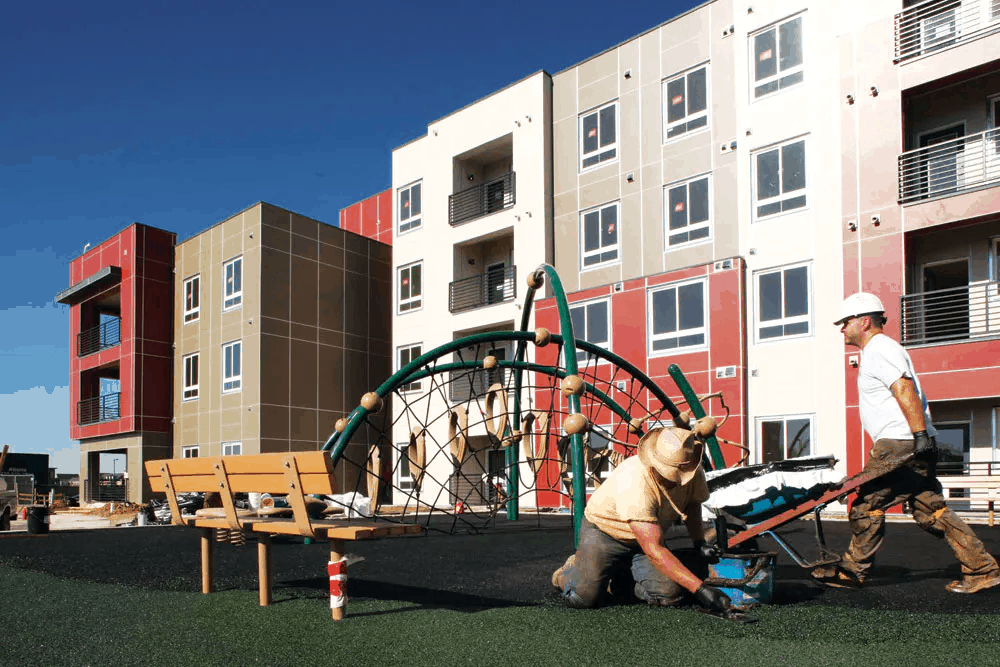 Massive effort goes into denying simple truths — when we’re talking politics that is.

So it is with affordable housing.

You want the price of houses to be more reasonable, go down maybe?

Or, at least, stop rising?

Humans have been looking at this supply and demand thing for a few thousand years now.

If there’s more, then each one costs less.

But politics can’t see it that way, obviously.

Instead we’ve got to have somethin’ else.

The capitalists ran away with all the money maybe.

That puddle on the back 40’s a protected wetland.

Rich liberals don’t want to live near any poor people could be the reason.

Which is why the Star Wars guy, George Lucas is so much fun.

Marin County wouldn’t allow him to build a film studio there — so, he got it zoned for affordable housing instead.

The locals are horrified.

The latest claim is that house building is now a monopoly.

Or, to be more accurate, in each local market there’s only a few companies.

So, what happens is that just a couple companies in each market can delay building, push up prices, and make real big profits.

The thing being, we can’t ship houses — or the land they’re on — from one place to another.

So, yeah, you guessed it. We need more regulation of builders.

We’ve gotta do something to make those houses cheaper, right?

What’s the one thing they’re not going to do?

That’s right, they’re not going to solve the problem.

Because the one thing everyone refuses to do is the only thing that will.

So, how do these builders control the market?

By being big enough to buy all the land zoned for housing.

That’s the only possible way to do it too.

Want to impress her by lasting 30 to 60 minutes?

Building ain’t that difficult if you can get the land and the zoning.

So to stop competition, you’ve got to own all the land that’s zoned.

How do we stop people doing that?

Then no one can be big enough to buy all of it.

So, no monopoly, no oligopoly, we are back with competition in housebuilding.

Now try getting that past the zoning board, right?

And guess what? We just made housing cheaper for everyone, right?

Yep, even if all the new houses are 5 bedroom McMansions, that just means that all the 4 bed and 3 bed older houses get cheaper.

We know why liberals won’t do this — they might want to give your and my money to poor people, but that doesn’t mean they actually want to live anywhere near them.

But why won’t lefties push this in politics? What, you crazy?

If they fix the problem then what do they do next election to get voted in?

Closing Rikers Island — Let’s Do More Of This
By Tim W., a highly placed source in Europe 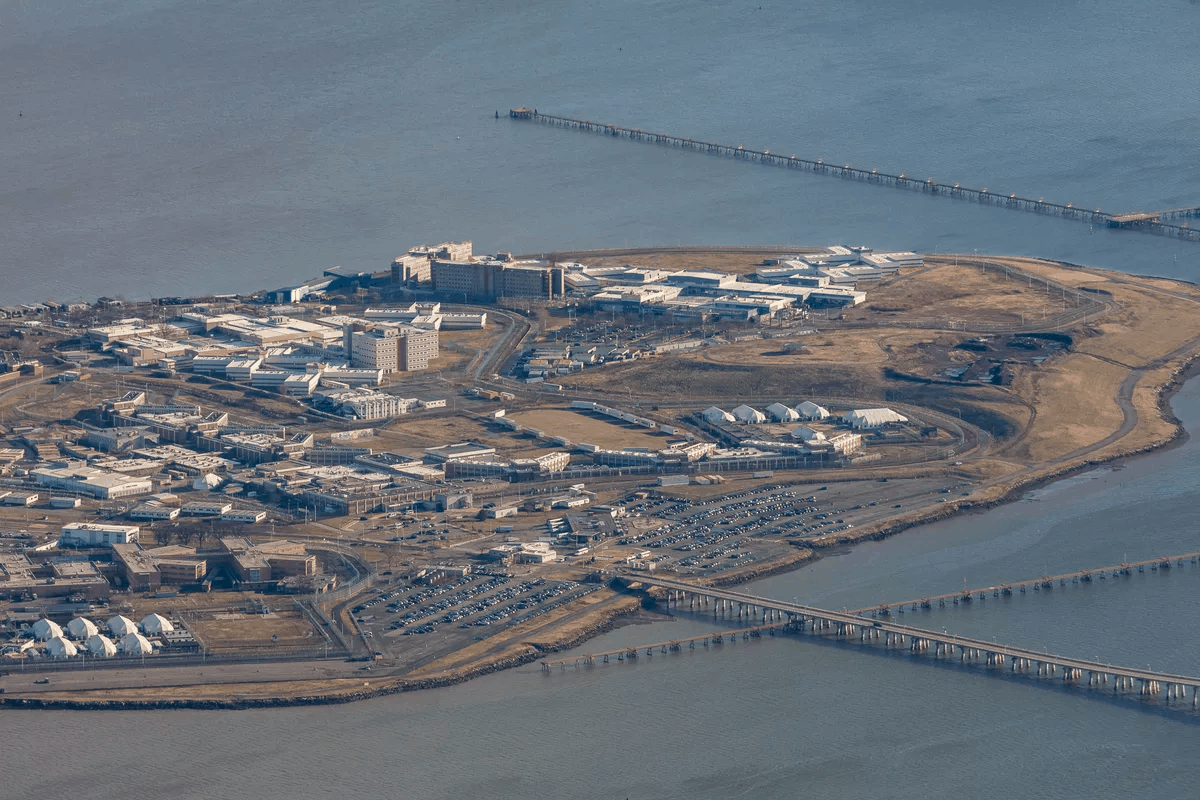 Close it and fire everyone

So New York is to close Rikers Island — a foul, violent, and miserable jail.

The lesson for us all here being that we should do more of this.

Sure, we’re not just going to put the criminals out on the streets.

We’ll have new jails, smaller, more local and elsewhere, to take care of all that.

What this is really about is that entrenched bureaucracies can’t be changed.

Therefore we should close them down.

Hey, even if we still need to get the job done we should dig up the system currently used and go build a new one.

If we don’t need the job done. then we should just destroy that old system of course.

You’d never guess this, not for a million dollars.

Or, as we don’t but should call it, the union for jail guards.

And that’s exactly why we should close it of course.

Any system run as a bureaucracy ends up being run just for the bureaucracy.

What it’s supposed to actually do, other than exist, or how much it costs to fail to do anything — these just don’t matter.

So, every now and again we’ve got to go kill them.

NASA was every enthusiastic engineer in America — plus some imported Nazis — trying to get men into space.

Now it’s ass kissing and buck passing all the way.

That NASA continues to exist is more important — that’s why so much shouting about using private companies to build rockets.

So it is with managing a jail.

That they’re trying to manage that jail gets forgotten, instead it’s all about maintaining the Benevolent Association.

This happens to everything. It’s just the way the world works.

Any and every organisation becomes ill the same way. Our job is to make sure they die.

Out here in the real world….

….we’ve got an advantage.

An organisation that starts drowning in its own bureaucracy goes bust.

Chapter 7 too, straight into the mincing machine.

Everyone gets fired, the building turned into a creche for rich kids, the culture destroyed.

And that is just what we’ve got to do to organisations once they’re getting past 50 years old or so.

Even if we want to carry on doing the same thing we’ve got to kill off the culture that’s arisen.

Beware of this secret plot to bankrupt American seniors…especially those on fixed incomes, pensions, social security, and those with savings…

Recently, a network of Capitol Hill insiders contacted me and warned me about a secret plot to suck our savings dry…

A shady shadow organization with a lot of political influence is waging war on retired Americans or anyone on a fixed income.

Here’s everything you need to know NOW to protect your savings from this nefarious plot.

The cute way of doing this being exactly what they’re doing at Rikers.

Move the activity, the thing being done, well away from all the people currently being employed to do it.

Start again with new people and we’ve a few decades where the job itself will be getting done.

Sure, the bureaucracy will rebuild but it takes a lifetime — so, we go move it again.

NYC is still going to have criminals, still needs a jail.

But moving it away from Rikers means we kill the bureaucracy that’s been growing since 1932 when the island was first used as a jail.

Hey, it’s a surprise, but NYC just did something sensible.