Government employees are outrageously overpaid and that creates a massive problem

Hey, it’s Ashleigh here, do you hate what Fraudulent Schiff is doing about so-called impeachment?

Congresspeople like Idiot Schiff get re-elected with a machine that assures 97% of them get back in each election, even though it’s almost a complete fraud.

And congressMEN and WOMEN have a problem. The far Left is taking aim at “moderates” — this means that soon we’ll have a whole house full of Socialista AOC.

What then? California used to elect moderate Conservatives to guvnor. The last one was Guvernator Ahhhnold.

You may remember Pete Wilson and George Deukmejian who died recently…both were not complete Leftie idiots like Gavin Noisome.

Because now, the Left has taken control and California is going down fast.

Notice it’s all top down from the State.

There is no difference between what the Left wants today, and the Soviet Union, Cuba, or Venezuela. See this first hand account from Venezuela to see our future.

What could go wrong?

Who wouldn’t want to live in this socialist utopia?

We’ll find out. Meanwhile, Federal employees get 34% more compensation than private people doing the same job. Yet we speak of “government service.”

Let’s end government service. Service is what you do when you volunteer for the hospital or the soup kitchen.

Getting overpaid for stealing tax money? That’s not “service.”

Maybe start by laying off half of all government employees. I’ll bet we’d be a lot better off.

And have you heard about the “quiet revolution” taking place in Japan?

Plus, men are naturally adding girth and length “down there” with this weird herbal remedy.

It’s You Gavin, It’s You
By Dorian, a highly placed Washington insider who reports anonymously 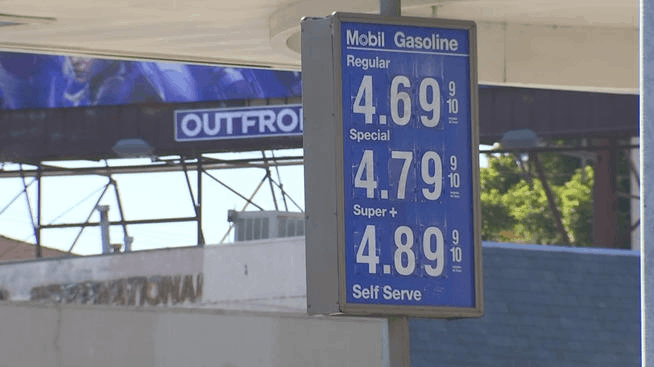 California’s Governor, Gavin Newsom, is shouting that the oil companies are ripping off consumers in the state through high prices.

Gavin really needs to be taken to one side and have those economic facts of life explained to him because Californians will benefit if someone does.

The cause of high gas prices in CA is Gavin and his friends.

Those who insist that California has different gas standards from the rest of the country.

Even, different gas standards in different parts of California at different times of the year.

But, you know, economic reality

Try arguing with any lefty about simple economic reality.

If you don’t get that blank look of incomprehension, you’re going to get furious denial.

But it is true that it’s interventions into the market that are creating the market problem.

The answer therefore is to reduce the interventions.

This is about air quality standards.

People have noticed that smog is often the result of what comes outta that car tailpipe.

And there are parts of California where that’s a bigger problem than other parts.

Like the San Fernando Valley is, umm, a valley?

That’s why they put all the orange trees there back when because the wind didn’t blow the fruit off.

This is different from whatever problem coastal Marin County might have with the build up of emissions.

So, California is divided up into areas.

And the gasoline type and mix has to be different for each area.

More, there’s a summer blend and a winter blend.

Which is why prices peak in April, as the change happens.

There is no California gas market

So, what really happens is that there is no California gas market.

There’s a patchwork of different ones depending on time and place.

We know what happens in small markets, right?

Ford’s Model T was cheap because he made hundreds of thousands all the same.

Any color you like as long as it’s black. Long production runs means cheap.

This is even more so in chemistry.

What if you could eat burgers and ice-cream and drink beer and soda, and just waste the food energy and become thinner and thinner?

What if instead of storing the food as fat, you body burnt it up as body heat?

What if you became leaner, and felt better than ever before?

This major university paper backs this up — fat burning (lipolysis) and thermogenesis (burning up food energy as heat instead of packing it on as belly fat.)

Click here to discover how to burn food as body heat

Those oil refineries, costs drop a lot, the bigger the pipes, the longer they run without having to change the recipe.

So, supplying lots of small markets is more expensive than supplying one big one.

That’s just the reality the lefties are complaining about here.

Hey, maybe it’s worth it

Perhaps dealing with smog is worth the higher price. Maybe.

Which is what creates Gavin Newsom’s problem.

What’s the one thing lefties won’t do?

Remove themselves from the market, even if that is the only solution to the problem they’re whining about.

Michael Moore Is Right
By Tim W., a highly placed source in Europe 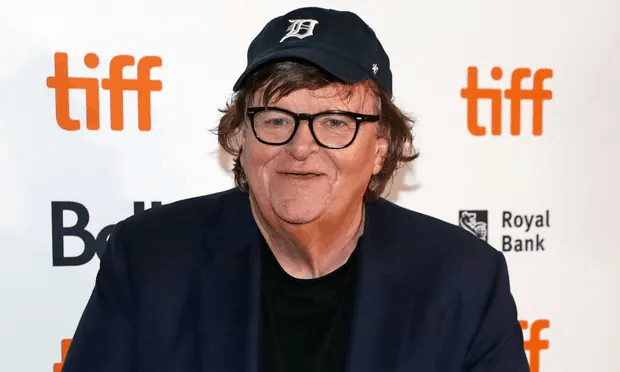 It hurts to say this, but Michael Moore is right.

At least, he’s asking the right question, which is more than most Democrats manage.

Why is the white working class Republican?

That is, why are all the deplorables supporting Trump and not their saviors over on the left?

Moore’s getting the right answer here too.

‘Cuz they, you and me, are worried about losing power given America’s changing demographics.

Or the Native Americans as we call them now. They used to have the whole place.

Now they’ve got whatever piece of scrub or desert no one else has wanted for 150 years.

Because it pays to be careful about your immigration policy, that’s why.

Even, you might think about reacting to losing your land and your power as a result of changing demographics.

We can approach the same question without the historical example.

The Democrats keep telling every black, every Hispanic, every minority of every sort, sexual, racial, ability and intellect, that they should be voting D.

Because the Republicans are the party of the white capitalists who do all the oppressing.

Well, we can hope, can’t we, a little oppression before breakfast sounds quite fun.

It’s just that we don’t get to do that.

But if we’re being held up as the enemy, then why shouldn’t we band together?

Because everyone else is being corralled into being our enemy, aren’t they?

They’re coming for our stuff

Read any D election literature, listen to any speech, and it’s clear and obvious that they are coming for us and ours.

Our guns, our speech, our rights, and above all, our money.

That’s what the entire election platform is.

Those deplorables over there have everything and we’re gonna take it off ‘em and give it to you.

Then they shout at us for being opposed to this idea.

Of course, it’s not true that Michael Moore is right, right, ‘cuz he’s still got the wrong answer.

We’re not going to just roll over, even though he thinks we should.

But the question is correct — why vote Trump?

“Shit, have you seen the damn Democrats?” being the correct answer.

People paid much more for gas in California last year. The governor wants an investigation
https://eu.usatoday.com/story/money/cars/2019/10/22/california-gas-prices-governor-gavin-newsom-calls-investigation/4061696002/