And why is this police officer being charged with murder?

Hey, it’s Ashleigh here, and if you want to watch a nauseating puff piece on Bill Gates, you will love this horrible piece of sh*tty TV show about his disgusting and stupid ideas.

But in the meantime, trust Ashleigh to show you the real and I think disgusting hidden life of Billy Gates.

By the way, Bill Gates wrote a pioneering (ahem) book The Road Ahead and he completely failed to see the, ahem, Internet coming.

But this time, I want to talk about someone who is dead and buried, you know, the child molester Jeffie Epstein…

…the Jeffie Epstein with no visible means of wealth who somehow became a “billionaire” and supposedly killed himself while on suicide watch in the most guarded jail in the USA.

Well, turns out, maybe Bill Gates was palsy with Epstein.

And apparently Gates may have, ahem, lied about it (cough cough) or maybe just forgot all the visits and flying on Epstein’s plane and, cough cough, the underage girls if any (cough cough).

Billy wrote about Jeffie “Child Molester” Epstein: “His lifestyle is very different and kind of intriguing although it would not work for me,” according to the always-reliable NY Times.

But Gates’ PR hack explains: Billy Boy Gates “was referring only to the unique décor of the Epstein residence — and Epstein’s habit of spontaneously bringing acquaintances in to meet Mr. Gates.”

And a bit more maybe.

You be the judge:

“‘I didn’t go to New Mexico or Florida or Palm Beach or any of that,” claims Gates. “There were people around him who were saying, hey, if you want to raise money for global health and get more philanthropy, he knows a lot of rich people.”

“…Gates donated $2 million to MIT’s Media Lab, which university officials described as having been “directed” by Epstein.”

An exceptional young journalist named Whitney Webb is investigating…she says that Epstein was most likely a spy for the Israeli secret service, the Mossad, and was creating blackmail material on all the movers and shakers by filming their sex with underage girls.

But enough about that.

Stop shrinking (“down there”) and start growing in your sleep — naturally — with these drops.

You know, I support the police, but I will never call the police unless I’m legally obligated to.

Exhibit 1 is this story.

Say someone goes to your house, approaches your window suspiciously.

And it’s dark, and you are in a high crime neighborhood.

Might you maybe be cautious, and if you have a firearm, might you get it and investigate who is at your window?

That’s what 28-year-old Atatiana Jefferson did. And the cop just killed her. This is where the Fort Worth police are actually doing the right thing in an officer shooting.

“The Police Department made public an edited version of the officer’s body camera, which showed him approaching the window, yelling the command, and firing his weapon before Jefferson had a chance to respond. She later died at the scene.

“…At no point did he identify himself. When he arrived on the scene, he did not attempt to knock on Jefferson’s front door or get her attention.”

The police higher ups and prosecutor charged this officer with murder. Gasp. 713 people have been killed by police so far this year. How many times are police charged with any sort of crime?

Now I betcha that there are tons and tons of officer shootings of civilians that deserve to be called murder, but they are not treated that way.

Police get a “get out of jail free” pass.

So for this reason, I applaud the Fort Worth police and prosecutor for doing the right thing here and charging Officer Dean with murder. Even his former fellow officers (he has been fired) agree he should be charged.

Are they killing these health researchers for discovering this natural cancer cure? You decide…

Trump Lied About Taxes! Or did he?
By Dorian, a highly placed Washington insider who reports anonymously 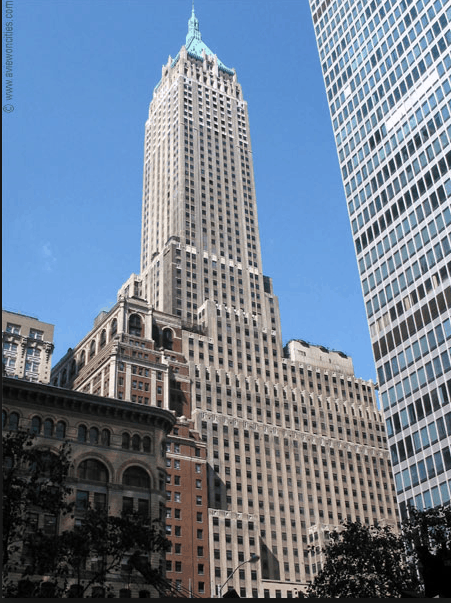 The Orange Man Is Bad! Shouts ProPublica in their investigation of Trump’s real estate dealings and taxes.

Because what the documents show is that Trump *over* reported his income on his tax form for one particular building.

So, there’s this building, 40 Wall Street.

Trump doesn’t own the land, he pays some German family for the right to rent out the building to people — and he pays the cost of keeping the building going.

At the same time, he told the tax people that it was 81% leased.

Except, of course, he’s telling the taxman he’s getting more income.

Which isn’t the right way to cheat on your taxes now, is it?

The investors like to see that a building is getting more tenants.

So, if Trump says it’s less leased than it is, then a year or two later he can point to a higher number, then there’s that momentum.

He gets his new loan at a low interest rate.

That’s the worst that can be said here.

And once you do it, you start sending more blood to your penile chambers…

Even if you’ve been struggling to get “rocky” for weeks, months, even years…

This pleasurable exercise is the secret to reversing “rockiness” problems, and you can do it right now. Here’s how.

That Trump ginned the figures to get a loan.

You know, like we don’t put our whiskey habit on the mortgage application form.

The income we put on our tax form isn’t quite the same as the income a lender wants to know about.

It’s not exactly unusual for there to be different definitions here.

There’s a thing called “fitting out”.

Sign up for a new lease and often enough — especially in buildings without many tenants — there’s a rent free period.

ProPublica even mentions this.

The usual story is that the rent free part helps the new tenant pay to get all the equipment in, move the furniture around and all that — fitting out the space.

And, well, how do you report that?

To an investor you have to say that you’re not getting any money from those tenants, right?

Very illegal to lie about how much cash is rolling in when you borrow money.

But what about taxes?

Could be, might be, that you owe taxes if there’s a tenant in there.

No, I don’t know either.

But it wouldn’t surprise that you owe taxes even during that fitting out period.

We’d like to know too, what really did happen.

If you were ProPublica what would you have done?

Right, me too. Gone and asked that question.

Does Trump owe taxes during even that rent free period?

If that’s true, then all is explained, right?

But to ask that risks getting that answer.

Which would mean ProPublica, and the 90% of the American press which is D leaning, can’t start screaming about Trump’s taxes.

So, gee, why wasn’t the question asked?

And do remember what the allegation is.

Trump reported *too much* income to the taxman.

Such a really great way to cheat on your taxes, right? 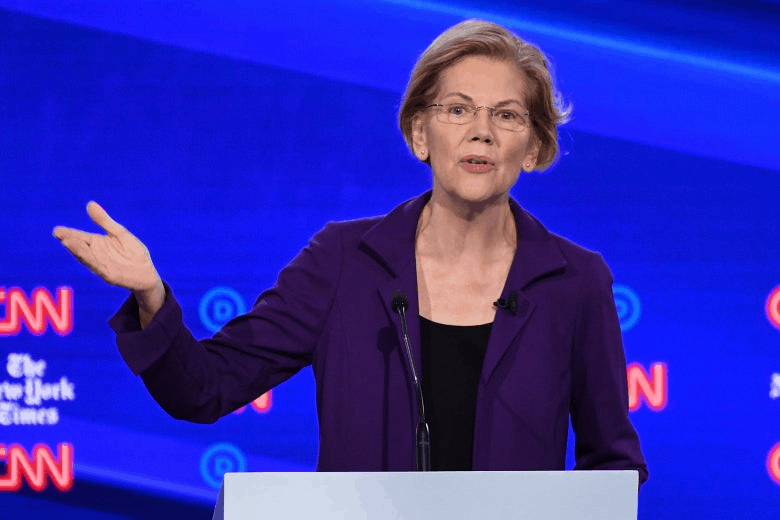 See those lips moving? And that means…..

At the debate — you know, the one where they all explained how they’d steal all our money — we did get someone lying about taxes.

It’s just that it was Lizzie Hatchet Warren doing the lying.

As Megan McArdle points out, at length. The problem is over this Medicare for All idea.

Fauxcahontas tells us that it’ll just be the rich who pay for everything.

Or the corporations. Definitely not you and me.

Health care is nearly 20% of everything, 20% of the entire economy.

The gubmint part of that is about 10%, what we all spend ourselves through insurance is the other half, the other 10%.

So, we’re going to move that half of it, that 10% of GDP, from our insurance over to government, Uncle Sam, taking care of it all.

Well, someone’s taxes have to rise, right? So, whose?

The corporations don’t have that much cash.

Profits, profits of American companies in America that is, are about 8% of everything, that everything that is GDP.

Out of that they’ve got to do all the investing in good jobs we want them to do.

Also, attract more capital to invest more, they do this by paying the people who sent up the last amount to build the factories ‘n’ everything.

We also take a good chunk of that already in tax.

So, the corporations can’t do it.

So we keep being told anyway.

In just 30 seconds, you will know the age of your prostate…

Question 1: Do you have trouble emptying your bladder?

Question 2: Do you wake up multiple times in the night to urinate?

Question 3: Have you ever noticed any swelling “down there” near your testicles?

Question 4: Do you struggle to get or maintain a boner?

Question 5: Have your load sizes gotten smaller or stopped altogether?

Once you’ve taken the quiz, click here to discover what your answers mean for your prostate.

Except we already take a lot of that.

After the tax they pay those rich get about 10% of everything. Maybe 12%.

And if the rich are going to keep going to work to earn money, then they’ve got to keep some of what they make, right?

So, there’s not enough money in the corporations and the rich to pay for Medicare for All.

That means that the rest of us are going to have to pay for at least some of it — middle class taxes will go up.

There ain’t no way around this.

The only people with enough cash to pay for medical care through the government for everyone is us.

Therefore our tax bill will go up.

But then, you know, politics.

Democrats lying about not raising our taxes then complaining that Trump reported too much income to be taxed.

On health care, Warren sounded like a student who hadn’t done her reading
https://www.washingtonpost.com/opinions/2019/10/16/health-care-warren-sounded-like-student-who-hadnt-done-her-reading/