And yes, the CIA has their fingerprints all over the “impeachment” hoax

Hey it’s Ashleigh here and in 2014 the Obama administration overthrew the Ukrainian elected government and installed a US puppet.

The CIA were right there and probably did the ugly work.

That’s when Biden got his genius son Hunter a $50,000 a month gig and all sorts of corporate types swooped in for the moola.

Biden threatened Ukraine that we would withhold $1 billion in loan guarantees. He’s bragged about it on camera. Inside of a few hours, the Ukrainian prosecutor was fired.

This is very, very bad for Obama, the Left and Biden.

So when the Old White Guy and his Obama overlords are in danger, the Dems simply counter attack and launch Russiagate 2.0, aka Ukraine Hoax.

And even if you don’t use Twitter yourself, realize it’s remarkably effective for both real and fake news. Now it turns out that a high level Twitter exec is working in the propaganda section of the UK military.

The US is doing the same thing. The poster you are arguing with on Facebook could be a US military operative. It was revealed that the US has set up vast operations with fake accounts and fake news that appears real.

Men who eat this breakfast everyday have perfect blood sugar, even men with type 2 diabetes.

In pain? Use this natural fusion formula to stop pain for good. 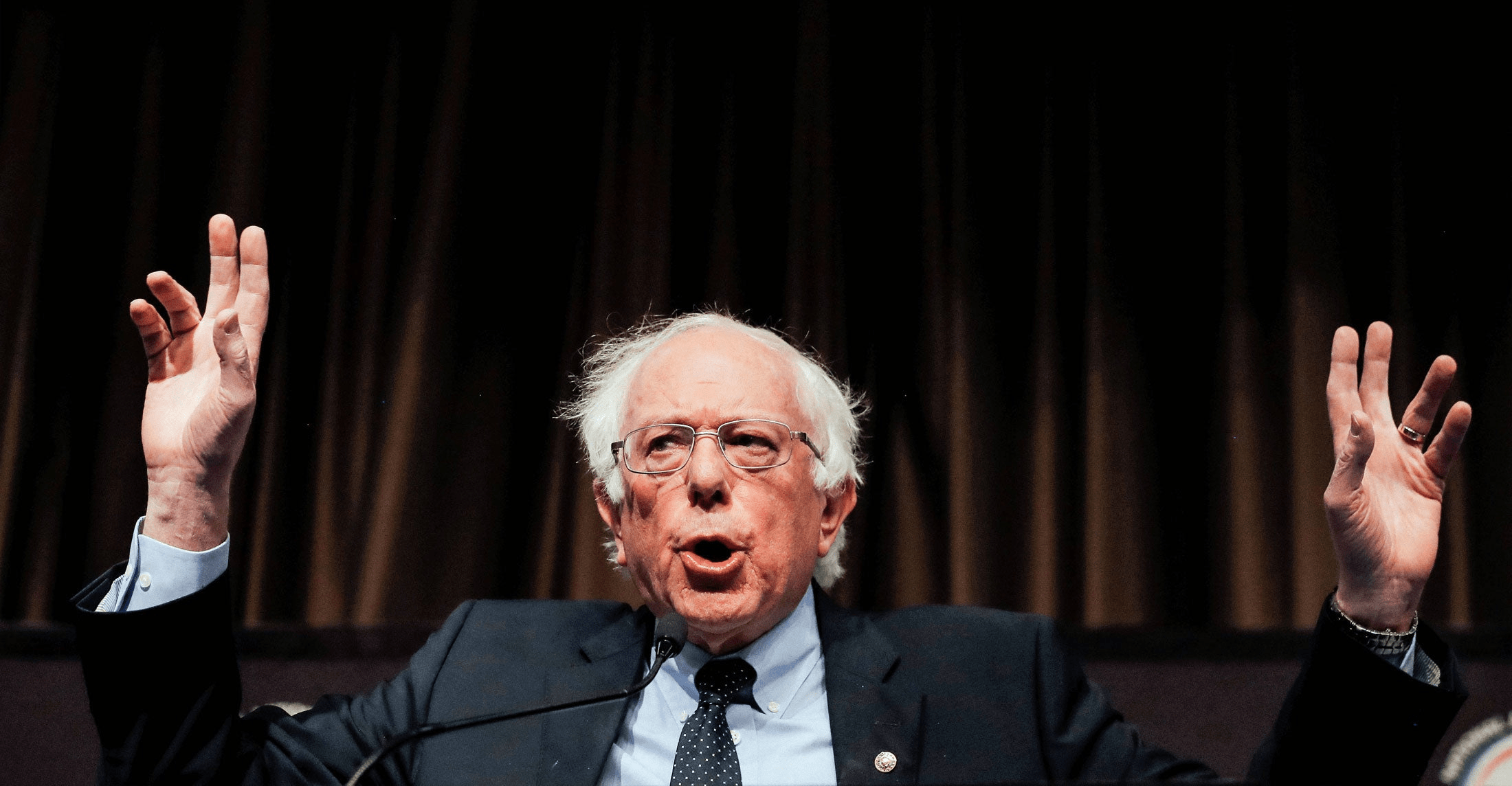 Taxes will be this big

Bernie Sanders announces his latest plan to deal with people doin’ their own thing with their own stuff.

Because, of course, anyone actually being free and deciding what to do with their own, private property just can’t exist in Bernie’s world of democratic socialism.

The idea is that any company that pays some people a lot of money, other people not very much, should pay a higher tax rate.

The extra tax will help pay for Medicare for All.

Thing is – and this is just because Bernie can’t count – this will lead to less tax being paid, not more.

As well as that basic problem with, you know, whadda ya mean you’re deciding what I can do with my money?

Who owns a company?

Want to impress her by lasting 30 or 60 minutes?

It says so right there on the pieces of paper.

That’s what the stock is – a certificate sayin’ this company is yours.

After the debts and the taxes and the rents and the wages have been paid… what’s left over belongs to the people who have those pieces of stock – the ownership papers.

So, the money inside the company is the private property of the stockholders.

That’s just what both private business and property means.

Bernie’s now sayin’ that he knows how much you should pay to your workers. Not just too little – like the minimum wage – but too much, like CEO pay.

How much should you pay your workers?

Well, enough to get good workers able to do the job. After that it’s up to you, right? Which isn’t the answer Bernie’s giving so therefore Bernie’s giving the wrong answer.

The detail is that if the CEO gets more than 50 times the average worker then the company pays a higher corporate income tax rate. More than 100 times then another higher rate and so on.

This is easy to swerve

Gahd, we don’t need financial detail this early in the day but it’s trivial to dodge this.

Make the CEO a contractor, or pay her in preferred stock dividends, or 20 other ways to sidestep this. But leave that aside.

It doesn’t even raise any money.

Bernie claims there will be extra tax. How?

At the edge any extra money’s going to be paying 50% tax at least. Income tax, Federal and State, Medicaid and all the rest.

The corporate income tax rate is 21%. Bernie will add 0.5% to that for every 50 x the median wage the CEO gets.

OK, imagine everyone obeys the new law. All CEOs now get 49 times average wage an’ no cheatin’. Profits go up by the amount the CEO pay goes down. We now get 21% tax on the money instead of 50%.

How the hell does this make extra money to pay for Medicare for All?

Sure, we’ve got this problem that Bernie’s a socialist and so doesn’t get the Fifth Amendment.

But it’s worse than that, Bernie can’t even count.

Which isn’t a great recommendation for someone who wants to run the tax and spending system now, is it? 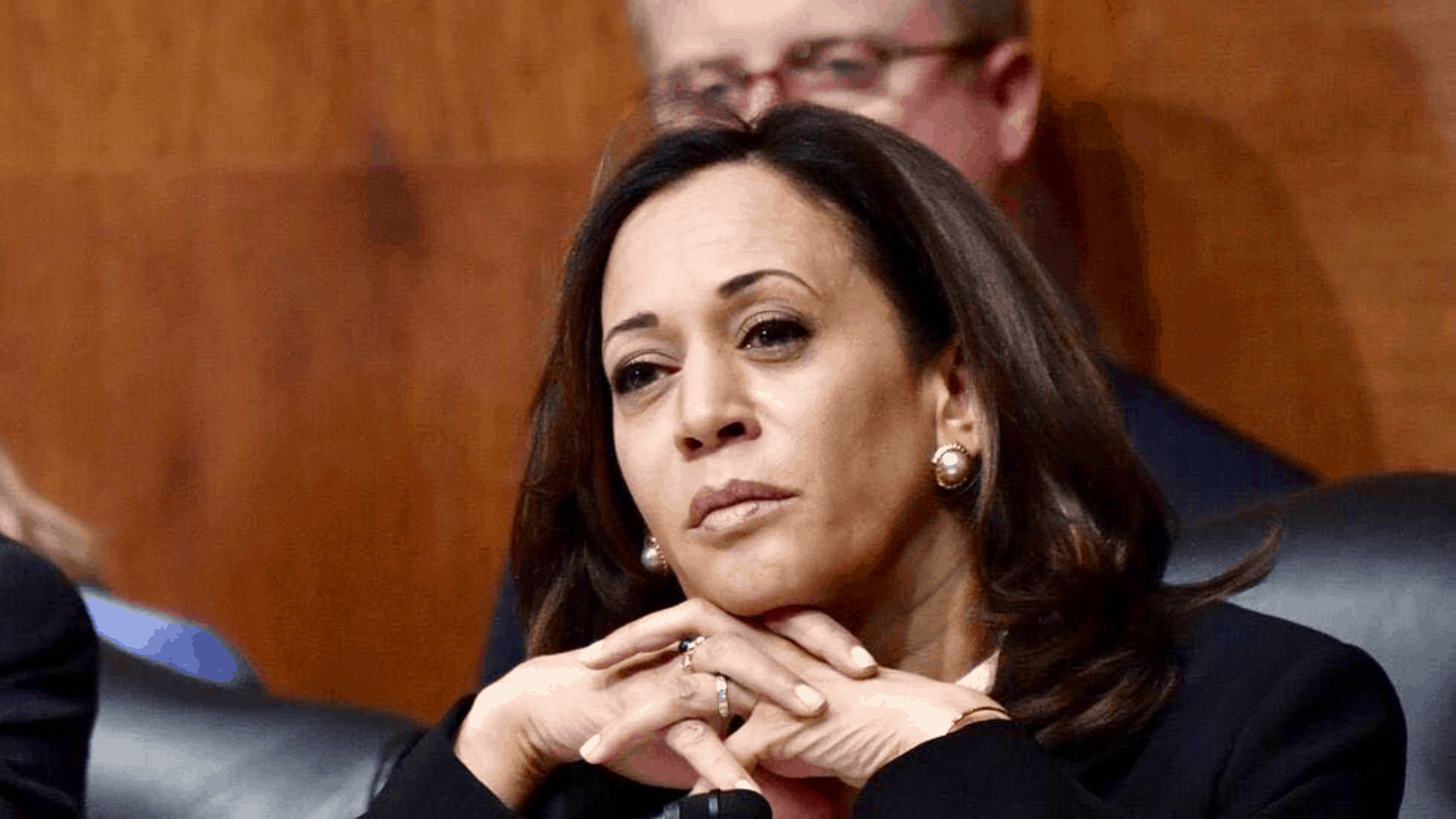 Why is this person allowed to say that?

OK, so we can give Bernie a break I guess.

After all that Fifth is somewhere down the page and who ever reads more than the first few lines of anything?

We can’t say the same thing about Kamala Harris, Joss Whedon and Good Ol’ Sleepy Joe tho’. They’re all gunning for that First Amendment.

You know, that one right up there at the top of the page? The one about freedom of speech?

No, really, we’ve got someone running to be Prez who says that we should be censoring the current Prez.

She actually says “…the privilege of using those words in that way should probably be taken from him.”

Honey, it ain’t a privilege, it’s a right.

Sure, Twitter has Fifth Amendment rights on what is said on its property.

And they beat the First too – it’s the government who isn’t allowed to restrict free speech. But a Senator tryin’ to stop someone speaking is government, right?

Joss Whedon is the same

Well, Whedon’s worse. He says Trump should be off Twitter for “national security” reasons.

Which is real odd, dontcha think?

This vitamin lowers blood pressure better than anything else

And unlike the pills, this vitamin doesn’t hurt your manhood…

We out here elected Donald Trump to take care of national security – the President’s real and main job – and the guy who used to write Roseanne thinks he knows better? Than either The Donald or us?

What does that middle finger gesture mean again?

Who is a bit behind the cultural times as usual. He’s askin’ that the media censor Rudi Giuliani.

‘Cuz, well, ‘cuz Rudi’s not bein’ nice about Hunter Biden. Or something.

It’s always difficult to know what Joe’s sayin’. On the useful grounds that often he doesn’t know either.

There’s somethin’ in common here tho’

So, Trump don’t get to say it. Which ain’t how this free speech thing works, is it?

Sure, we’re not allowed to shout fire in a crowded theatre – not unless there is a fire. But the whole point of the idea is so that we can say anythin’ at all in politics.

Which is why progressives don’t want us to be allowed to say it of course.

That Emperor’s new clothes thing only worked as long as everyone kept their traps shut, right?

Kamala Harris: Trump Should Be Suspended From Twitter — His Words Could Result in Harm to People
https://www.breitbart.com/clips/2019/09/30/kamala-harris-trump-should-be-suspended-from-twitter-his-words-could-result-in-harm-to-people/