The Left is rabid for a war with Iran and it’s for a terrible reason.

…that’s why the propaganda machines at The NY Times and the Washington Post say “yes” — but all the evidence points to the Houthi in Yemen, not Iran.

Our sources say that the drones were launched with help from people inside Saudi Arabia who sympathize with the Houthis and hate the Saudi ruling family.

They also say that war against Iran is unwinnable.

War with Iran will kill President Trump’s chances for reelection in 2020.

The Left would love the war. They want to tear everything down having to do with Trump and continue the march to socialism.

We might see the US drop some bombs but that will be all. No war.

Because President Trump knows: if he gets the US mired in yet another war, the Left will win in 2020. That’s all the Left cares about — getting rid of Trump and marching towards socialism.

And in other news…no, the few nutcase mass murderers with guns don’t change a thing.

Because the latest gun grabbers are going to get killed at the polls. Here’s why.

Every day thousands of Americans use a gun to PREVENT a crime. This homeowner defended his elderly mom and others at home when 3 young men broke into his house at 4AM. The media is already saying that the one young man who was killed “didn’t deserve this.” Really? Breaking in when people are home?

This 45-second activity is so easy and so powerful, you can even burn belly fat while laying on the couch, eating a slice of pizza.

Guns Cost America $229 Billion A Year – Nope, It Ain’t So
By Dorian, a highly placed Washington insider who reports anonymously 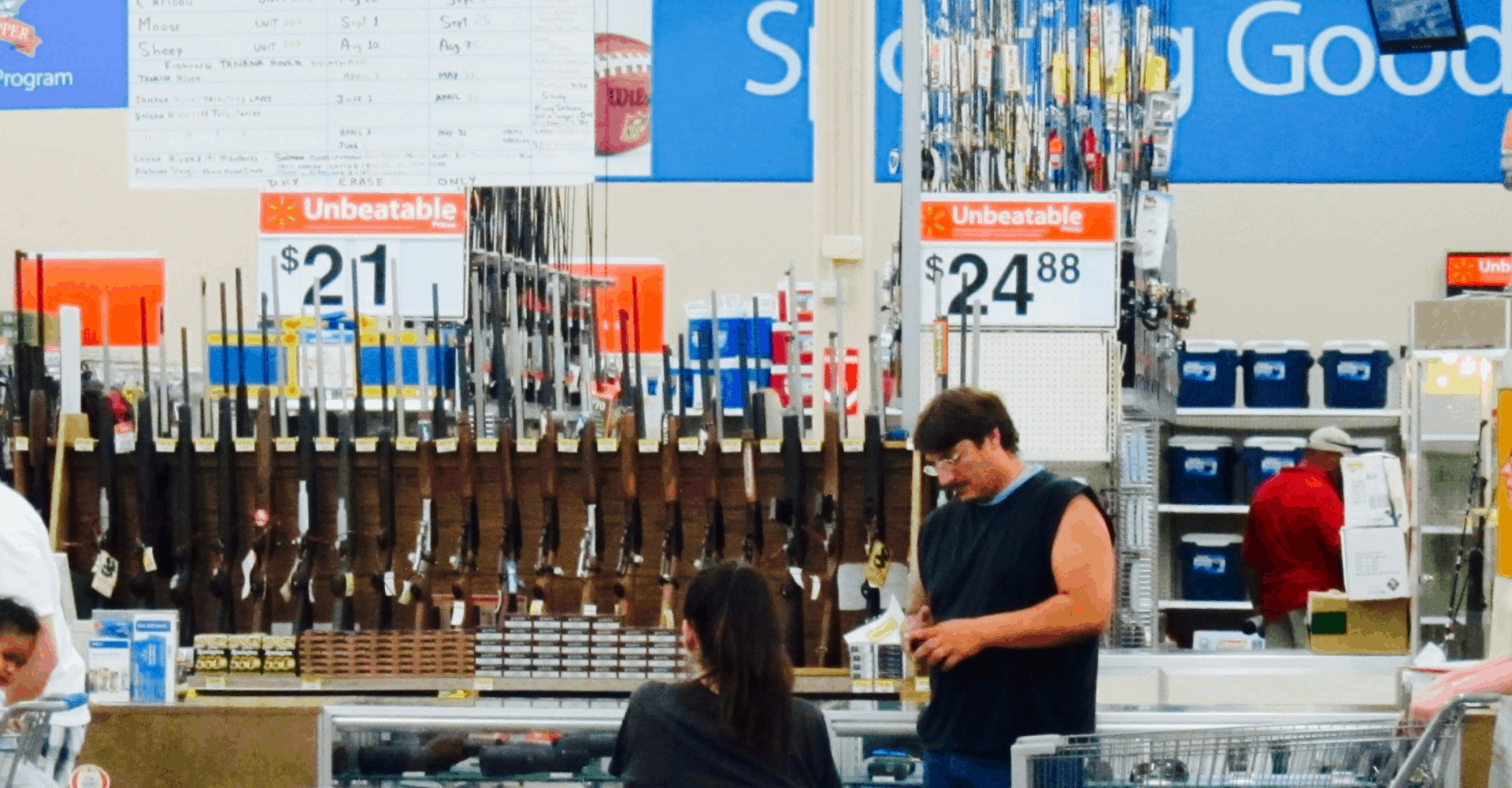 Freedom’s on sale at retail prices.

But then what do we expect from a Democrat from New York these days?

It sure ain‘t the ability to do economics or perhaps even numbers now, is it?

You can see how terrible the report is right here. And really, it’s terrible.

The point it’s trying to make is that we’re all children and we just shouldn’t have dangerous things.

You know, missing the point that we’re adults and we get to do as we want?

Suicide by gun isn’t a cost of guns

Even a D should understand this. Sure, there are costs to a suicide.

The life shortened being an obvious part, the loss to friends and family.

There are economic costs too, not all succeed first time after all. But none of these are costs of guns.

Because guns aren’t a cause of suicide

A gun can be a method of suicide but it’s not a cause.

Cholesterol is the key to higher testosterone

Did you know that cholesterol naturally gets turned into testosterone in a man’s Leydig cells?

It’s true — it’s like a little factory process going on inside a man’s testicles.

Cholesterol goes in… and testosterone comes out…

But sometimes as men get older, this factory process slows down or stops entirely…

And this makes men’s cholesterol levels go UP while testosterone goes DOWN.

That’s why I created Factor C2T — it naturally restarts this factory process, so cholesterol goes DOWN and testosterone goes UP.

So men don’t need harmful cholesterol drugs like statins which can give men terrible “rockiness” problems.

Use Factor C2T tonight and naturally boost your testosterone while lowering cholesterol — free to you today.

And this ain’t how it works out.

So, this is wrong then

The report says that “ Sixty percent of gun deaths each year are firearm suicides”.

Which means that 60% of the $229 billion isn’t about guns at all but about suicide.

Because in other countries where they don’t have the guns people do still commit suicide.

They just use other methods. And think about it for a moment.

Is hanging a cost of rope?

Some people hang themselves. Is this a cost of the existence of rope?

Or stores that sell it in every town?

Some sit in the garage with the motor running. Is this a cost of cars?

Should auto dealers be dragged to court because their product was misused?

The majority of the costs they’re putting on guns aren’t about guns at all then.

Perhaps we should just be nicer to each other.

Or make sure everyone gets the really good drugs to fight depression.

But if guns aren’t causing the costs then we can’t include them in our calculation of the costs of guns.

Then there’s the other stuff too

We get lied to about the costs here but there’s more too – we don’t get told any of the benefits.

If folks have more of what folks want then folks are richer, that’s a definition of being richer.

People like to hunt, target shoot, guns mean they can. Again, that’s folks being richer.

Any calculation of the costs of stuff has to include the benefits too. It’s the net cost that is important, ain’ it?

And that’s before the real reason

Not that we’d expect a Democrat to get this but the real reason guns don’t have a cost is because they’re what protect our freedom.

That we’ve got 300 million of them frightens the government away from doing the truly stupid stuff that they’d like to.

And scaring the hell out of the gubmint is priceless, right?

You Can’t, You Can, You Will
By Tim W., a highly placed source in Europe 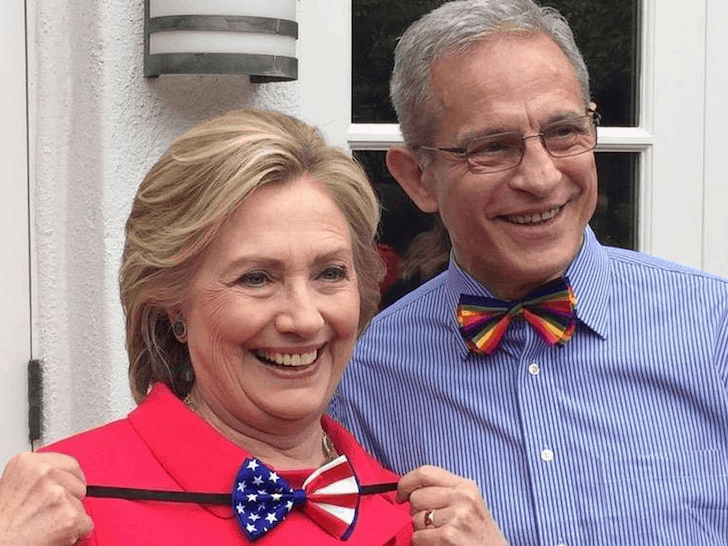 An alleged criminal and Ed Buck

An illustration of the political differences out there.

Some say you shouldn’t do drugs and even shouldn’t be allowed to.

Some say you can do rugs if you want.

But it takes a certain type to insist that you will do rugs whether you want to or not.

Which is the Ed Buck story.

So here we’ve got a prominent West Hollywood liberal.

A major donor to Democratic politicians.

And his thing is making sure that other people take drugs.

Lots of them, lots at one time, to the point of dying amounts of drugs maybe.

Which is a big difference.

Sure, we on the right are conflicted about drugs.

Conservatives tend to say no one should take drugs and then pass laws to make sure of that.

Libertarians tend to think people who want to take drugs can take ‘em and try to pass laws allowing that.

It takes a progressive to insist that people must take drugs.

Which is the Ed Buck story

The allegation is that Buck likes to get black guys to come up to his apartment.

These men claim they found a natural cure to cancer, brain disorders, and many other “incurable” diseases…

…and now they’re all dead and their research confiscated…

Over the past year, over 60 health researchers have died under mysterious circumstances…

What if they were working on a breakthrough that stimulates the body’s immune system to devour cancer cells?

What if they were threatening Big Pharma’s 85 billion a year in PROFITS?

What if there is evidence that they died from foul play?

Click here to see what may be a cover up — what do you think of this?

Well, OK, tastes differ and consenting adults and all that. But the game went rather further.

Here’s some methamphetamine – that’s still OK to the libertarians.

But how much meth?

Enough to kill. Or nearly to kill and sometimes it did.

And the claim from a survivor is that the meth wasn’t optional, it wasn’t a you can it was a you must.

Which is a big difference, right?

An illustration of the basic left and right difference.

Others of us say you can – but it takes a Democrat to insist that you must.

Here it’s take drugs but it could be, through welfare and gubmint, to pay for other people to take drugs, right?

Or all those other things we must pay for as the progressives insist.

That’s not all though

Buck is a “prominent Democratic donor”. Which is cool and all that even as we disagree.

But what would happen to us if two black guys turned up dead in our apartment? Found, as is alleged, nekkid on a mattress in there?

Yeah, right, the rules are different for those who are woke, right on and spend their money the right way, aren’t they?