The Left is bringing her back, doncha know because the Elites never recovered from their pet candidate losing against the Deplorables.

Hey it’s Ashleigh here, and don’t take gasoline or electricity for granted. The mania for “renewables” is causing widespread power outages in Europe which could kill thousands in the coming Winter, and resulting in $5 a gallon gasoline in California.

They hate cheap water, cheap electricity, and a good life.

They want to use phony fake claims of climate change to make us all poor and suffering.

Fauxcahontas Warren is an example of craziness to undermine 100 years of fabulous cheap energy in a rage against all of us trying to enjoy our lives.

And good news from immigration authorities: Despite the Left’s mania for open borders, we’ve stopped almost 1 million from crossing the border illegally into the USA, but the Left wants free welfare and health care for any illegal aliens and are already offering free health care and welfare using taxpayer money in Kalifornia.

Sorry, did I use the “A” word? I meant illegal aspiring immigrants.

Saying “illegal alien” is now verboten. In New York City, employees can be fined $250,000 for saying the “A” word.

All while President Trump fights phony “impeachment” — of course the White House is refusing to comply with illegal subpoenas from the House.

And you knew it was going to happen: The Left is resurrecting the vampire Hillary and what do you bet that she’ll be running again in 2020?

This natural hair-growth balm works better and faster than Minoxidil.

Such A Shame, California Meets Reality

By Dorian, a highly placed Washington insider who reports anonymously 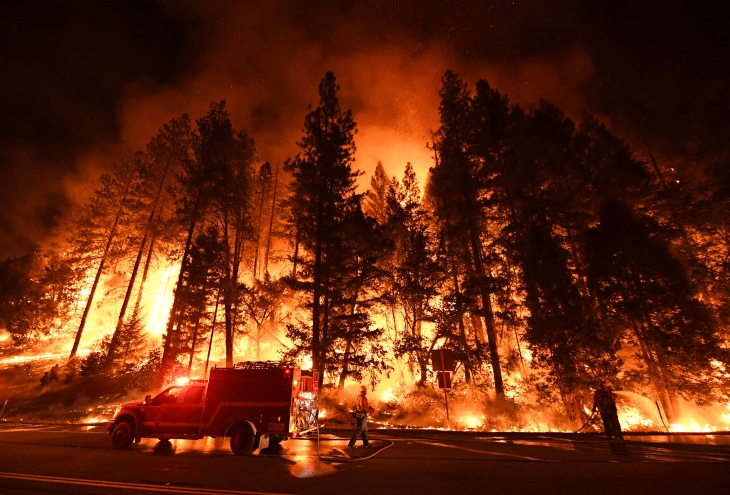 Couldn’t happen to a nicer place

We’re all crying real tears over this one, right? The Great State of California has a collision with reality. ‘Bout time too.

Sure, tears of laughter, not sorrow, but still, cryin’ is cryin’ right? We’re still doing the right thing here.

PG&E, the local utility, is cutting off power to vast swathes of Librulandia. Because they’re libruls, d’ye see?

This isn’t quite how they’re putting it, sure, but it is what is being meant.

The problem is wildfires

This is the time of year for ‘em.

Waiting for the winter rains, the brush is as dry as it ever gets.

Bring some of those winds in, humidity drops, this is when tens of thousands of acres go up in flames.

And power lines can come down in the wind, the sparks set off fires. OK, shit happens and yes, this does mean homes burn.

We can cure this

It’s not difficult, we know what to do.

My mind was racing, ready for the pleasures to come, but my male member was just limp…

I noticed it a few years ago – I would imagine bedroom playtime that would go on for hours, different positions I would like and so on…

…but when playtime actually began, I couldn’t even get “rocky”.

My mind wanted it, but my body just didn’t respond.

That’s when I learned about the brain-penile connection…

…I meant that my brain couldn’t send “get rocky” signals to my male member – the connection was cut somewhere. 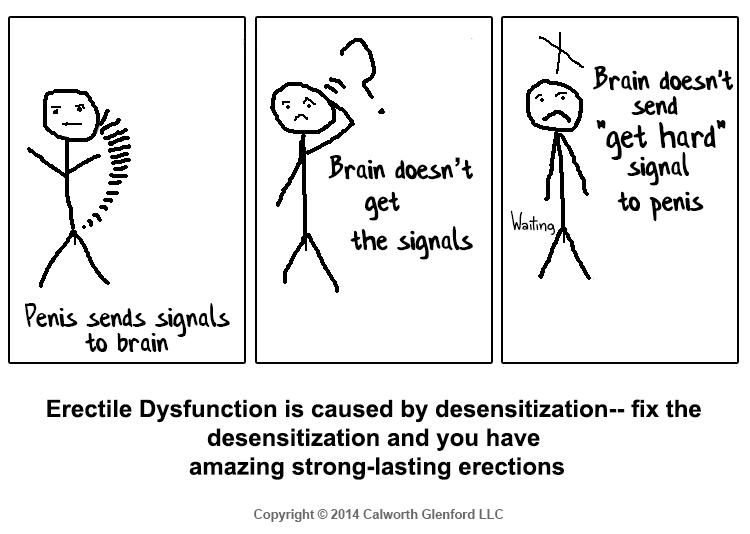 But luckily, after years of struggle, I found the solution to this problem and I offer it to any man who may have a similar problem.

Here’s the simple solo activity that makes the male member act out everything you dream of in the bedroom.

Instead of running the power lines between posts we bury them in the ground.

We know how to dig ditches, known that for thousands of years, we can do this.

Ah, but it costs money. Money that has to be added to the regulated prices charged by the utility. And libruls just hate paying.

They’re great with other people paying for them, not so hot on having to cough up the cash for their own desires.

So, no extra money to bury the cables to stop wildfires.

‘Cuz the last set of wildfires was blamed on their power cables coming down in the high winds. And so they had to pay damages for all the fires.

Enough that, yep, the entire utility folded. And the thing is, incentives matter. It’s the first great lesson of economics.

So, what are they gonna do this time ‘round?

No electricity during wildfire season

That’s right, the utility is doing what any sensible person would do.

First, have cheap power because power cables from poles and accept that there will be wildfires. Caused by those power lines.

Second, pay lots and lots more for electricity to pay to put those cables in the ground. No fires and electricity in fire season.

Third, no electricity in fire season.

There are no other choices. Pay for fireproof utilities or get fires or don’t have the utility. Reality, such a bummer, right?

And ain’t it just such a pity that it has to happen in California? 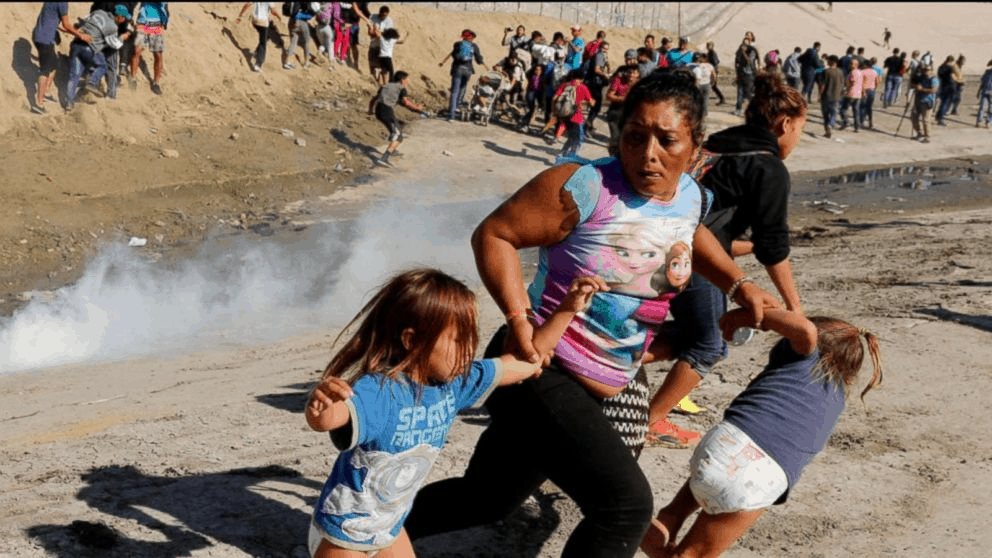 Uncle Sam tells us that fewer people have been trying to cross that southern border. September was 18% down from August, also 65% down from May.

Can’t be the wall as that ain’t built yet. Gary Becker had the answer here – one of the reasons he got the Nobel Prize for economics in fact.

Incentives matter, even when breaking the law. The incentive to be a criminal is the likelihood of being caught times the punishment if you are caught.

Or, we can measure the other way around – the reward from the crime times the possibility of being caught.

If – every, absolutely every, time – jaywalking cost $10 then no one would jaywalk.

So, Trump’s changed the rules on asylum claiming

Under those liberal rules from Obama’s time make it over the border and you were home safe. Sanctuary cities and all that.

Even, get to the border, not over it, and claim asylum. Then you’d be let in.

Further, probably not in a camp. But released out into the US.

And told be real sure to come back for your court hearing, ya’ hear?

So, well, people walked to the border, handed themselves in, then didn’t come back to be deported.

Millions working out there in the country. So, what’s changed? Now, you get to that border. You hand yourself in. You’re in a camp.

Sure, they’re not nice places those camps.

They’re not meant to be either. But they do change the incentives which is the point here.

If you can, by just arriving at the border, get into the US then you’ll walk to the border.

Fer sure, El Salvador, Nicaragua, they’re terrible places, horrible. So, why not?

But if you can’t get in then you’ll not do the walking.

This is what it means, that incentives matter.

Make the deal less valuable to the people who arrive and fewer people will arrive.

So,what do we do about immigration then?

We stop all this crap about sanctuary, about welfare for illegals and all that.

We tell ‘em – and make sure – that if you’ve not got the documents that you don’t get in.

So, people will stop arriving trying to get in. As is already happening.

Because Trump already changed those rules.

After all these years of researching diabetes, I’ve discovered that most diabetes symptoms come from the treatments, NOT the disease.

In fact, these diabetes treatments make Big Pharma billions of dollars in profit, but they do NOT cure diabetes and they often just make diabetes symptoms WORSE.

What does work is this simple cellular smoothie that can reverse diabetes (even type 2) practically overnight.

It’s made from all natural ingredients that you probably already have in your kitchen right now.

I just wish I had discovered this smoothie sooner, before my dad got put on diabetes treatments that just made him sicker and sicker…

Here’s the story of my diabetic dad and the simple cellular smoothie that can reverse diabetes in men, even type 2.

It really is true that incentives matter. It’s the first and the great lesson of economics.

Change those incentives and you’ll change how people behave.

To stop illegal immigration make being illegal less of a happy experience. There will be fewer illegals.

There’s nothing complicated about what Trump has done.

Now all we have to do is make it real, real, simple so the Democrats can understand it and we’re done, we’ve solved the problem.

Apprehensions At The U.S.-Mexico Border Decline For The 4th Consecutive Month
https://www.nytimes.com/2019/10/09/us/pge-shut-off-power-outage.html

Apprehensions At The U.S.-Mexico Border Decline For The 4th Consecutive Month
https://www.npr.org/2019/10/08/768436273/apprehensions-at-the-u-s-mexico-border-decline-for-the-fourth-consecutive-month