Hey it’s Ashleigh here and the “Affordable Care Act” already made young people like me pay $500 a month for insurance that should cost $90 a month.

And now the Weasels on the Left running for Presidente are sadly mistaken if they think Americans want their “Medicare for All” to ruin ALL health insurance plans like it ruined mine.

People like their health insurance policies. They don’t want to be forced to wait in line for their doctor like they have to wait at the DMV.

A Kaiser poll shows how much people do NOT like the Left’s Marxist plan for “Medicare for All” once they understand they are giving up their choices and paying more.

And the new asymmetric war means that the entire US military is at risk.

The US can’t protect the Saudi oilfields and they probably can’t protect anybody. Read a military analysis from Russia of all places paints the picture pretty accurately.

There will be NO war against Iran, thankfully, and President Trump may withdraw troops from the losing Afghanistan debacle and win in 2020 as the “Peace President.” Wouldn’t that be awesome?

Factor C2T naturally converts cholesterol into testosterone so men can get off dangerous statins.

Men are using these 3 simple solo activities to perform at their best in the bedroom (even if it’s been years).

Sure It’s Different When It’s Hunter Biden, Ain’t It?
By Dorian, a highly placed Washington insider who reports anonymously 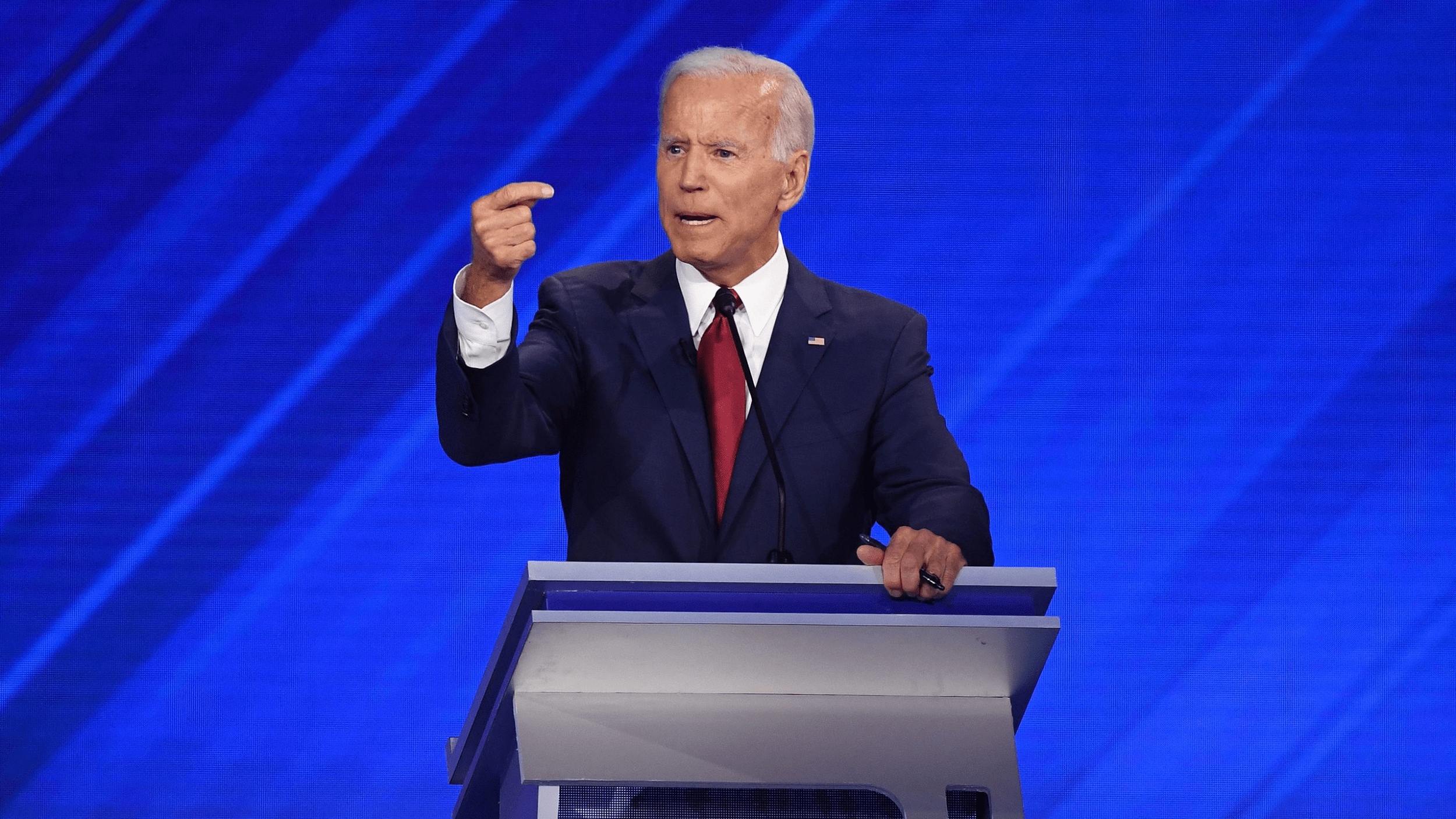 My son’s as straight as my finger.

That latest outrage from the Republicans is to ask that Hunter Biden – Sleepy Joe’s son – be looked at the same way that Paul Manafort was.

You know, the guy who worked for people in the Ukraine and is now in jail?

The problem is that Manafort likes Republicans, Hunter, Democrats – this is different, right?

How Can’t People See This?

Hunter Biden joined the board of directors of a Ukrainian natural gas company.

Four days later, his father – Sleepy Joe recall, and at that time the Veep – flew to the Ukraine to tell everyone that the country should drill for lots of natural gas.

And use lots of that domestic stuff instead of buying the possibly cheaper stuff from Russia.

Sure, this is different, because reasons.

Even for Rudi Giuliani to mention that maybe someone should look at this is an outrage.

Because Democrats using political power and connections to get rich is the way things work, right? Everyone knows that.

You humble scribe here worked over there – mostly Russia but the culture’s the same – for more than a decade.

He bribed everyone in the room and then more. Because that’s how the places work.

Listen…this goes way deeper than I ever imagined…

The big question there

When setting up you don’t ask which business you’re going to go in.

Nor even why. Instead, who do we know we can bribe? And how much?

It’s the first thing anyone asks. Who comes even before how much?

Hey, it’s better than this

The story goes that there was a Ukrainian prosecutor looking at who was bribing.

One such investigation being into Hunter Biden. Of course, scurrilous gossip, couldn’t possibly be true.

Although the Veep did insist that the US government didn’t guarantee a loan to the Ukraine until that pesky and interfering prosecutor was fired.

The Hildebeast did lose, that’s true.

And her fans have never forgiven the rest of us for this happening.

Which is where all this shouting about Russian interference in the election itself comes from. Plus what’s happened to Manafort and is happening to others.

But whadda about Hunter Biden then?

How many times does this have to be said?

Hunter’s a good Democrat so it’s different, because reasons.

Even to ask the government to have a look is an outrage. Just as failing to jail all Republicans is one.

No, really, that’s just the way it is. And who doesn’t understand this already?

The Fed Saved The Financial System. Again!
By Tim W., a highly placed source in Europe 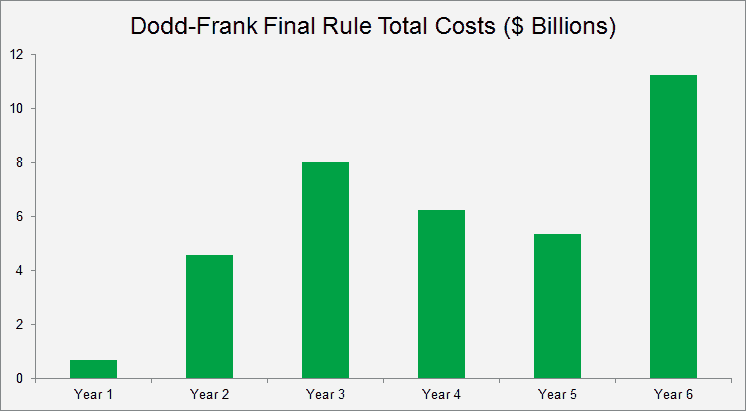 This time they put $75 billion into the repo market. Great eh?

That’s the thing. After the Crash the Democrats sorted Wall Street out, didn’t they?

A thousand and more pages of all the detailed rules to make sure that nothing bad could ever happen again.

Well, what actually happened is that the great big bill, Dodd Frank, didn’t solve the problem, in fact this current problem is because of the rule changes that Dodd Frank insisted upon.

No, really, this is what is happening.

Back when they were warned.

The exact details are too tiresome for any of us but the general point made back then by people who understand was, well, if you pass that law then soon enough we’re going to have a problem like “this”.

The real problem being that the people who wrote Dodd Frank didn’t have a clue what they were doing.

What actually happens in Congress

So, there’s a problem. And everyone agrees we need to solve the problem.

So, there’s a bill drawn up. Then everyone and their mother tries to get their own favorite piece of nonsense into the bill.

One part of the bill said financial markets mustn’t do this something or other. Because that’s bad, d’ye see?

But if financial markets don’t do that then this will happen and we’ll have a crisis. D’ye see?

So, the bill passes, people can’t do that and we get this crisis we’ve just had. And that is the way it happened.

Which brings us to the real problem with Democrats.

Sure, they’re right, the world has problems. Some of those problems even have solutions.

Use this to amplify your sex drive x10

And then your libido gets a boost and you’re full of confidence.

And all you have to do is paint it on and watch it grow.

But electing Democrats to write the laws to solve the problems doesn’t work.

Because the Ds know less than nothing about the problems themselves or the possible solutions.

Most of the time they don’t even know, let alone understand, what’s in the bills they’re passing.

That’s Nancy Pelosi. When Obamacare was in Congress she said we’ve got to pass the bill so we know what’s in it.

Instead of, you know, reading it, thinking about it, then passing it. Or changing it so it would work – wouldn’t that be an option?

Yeah, sure, this is being picky. Expecting government to actually work, right?

But if we’re ever going to have any hope of it actually doing so we’ve got to make sure that the people writing and passing the laws have some clue.

And when the Fed has to spend $75 billion to solve the problems created by the last law to solve Wall Street we ain’t there yet.

Giuliani says ‘of course’ he asked Ukraine to look into Biden seconds after denying it
https://thehill.com/policy/national-security/462277-giuliani-says-of-course-he-asked-ukraine-to-look-into-biden-seconds

Funding Market Tremors: Today May Not Have Been “The Big One,” But It Was Bad Enough
https://streetwiseprofessor.com/funding-market-tremors-today-may-not-have-been-the-big-one-but-it-was-bad-enough/