Don’t be fooled — it’s a revolution, a coup, against the American people.

Hey, it’s Ashleigh here, and I was wondering… should Facebook be allowed to censor posts?

An upstanding border patrol agent published how and why he is proud to be an American and Facebook took it down.

If he wrote some Leftist nonsense, Facebook would have left it there. They are censoring the RIGHT. Project Veritas has secret tapes showing how high up this goes — at CNN, just like at Facebook.

And look at how Facebook treats Conservatives. Exhibit A:

What a turd she is. She wants Facebook to censor free speech.

Who is going to say what is “true” or “not true”? That’s the whole point of free speech.

But the Lefties hate free speech.

(That’s why we publish here through email because so far, that isn’t censored. Everything else is being censored.)

And if you love abortion, you should move to California where a new law requires colleges to give women abortion pills. Why can’t people use, you know, condoms, gasp? Why should colleges be required to offer what is in essence medical abortions? What horse shit is this.

And if you still live in the Socialist Paradise of California, I would suggest you move. Rolling third-world blackouts for a week or more are normal there and accepted by the guvnor.

But don’t worry — they banned fur production and animals in circuses in California. Now you can sleep at night (nothing else to do with the power out. How much sex can you have? LOL)

Blow her mind with these magical male drops (gives you a HUGE oomph in bed).

And I like this piece from Taibbi that shows the permanent coup/revolution we are suffering under, like a Third World country.

As he writes: “This latest incident, set against the impeachment mania and the reportedly ‘expanding’ Russiagate investigation of U.S. Attorney John Durham, accelerates our timeline to chaos.

“We are speeding toward a situation when someone in one of these camps refuses to obey a major decree, arrest order, or court decision, at which point Americans will get to experience the joys of their political futures being decided by phone calls to generals and police chiefs.

“Many Americans don’t see this because they’re not used to waking up in a country where you’re not sure who the president will be by nightfall. They don’t understand that this predicament is worse than having a bad president.”

This is exactly what is underway. A coup against the President.

We have to call it what it is and deal with it.

The Lamestream Media has been seized by the Leftists. Just like seizing the radio and TV station is the first thing they do in a Third World coup.

But What’s A Good Progressive To Do?
By Dorian, a highly placed Washington insider who reports anonymously 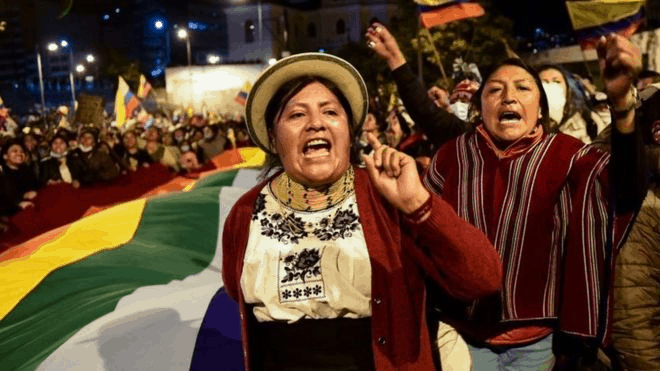 They want to boil Gaia

We love it around here when reality turns around and bites the Left on the ass.

Even, just when it confuses them, makes them have to think for a moment.

The place used to have a president who was real sweet for the Left.

Not quite as stupid as Chavez and Maduro bankruptuing Venezuela, but that sorta way.

So, the new guy says this Left shit’s gotta go. Sure, he’s called Lenin, but he’s still not that damn stupid.

So, the people rise up in protest.

Progressive panties are getting bunched at this, we gotta support them!

Which is where the problem is. ‘Cuz you know what the rioting mob want?

They want the fossil fuel subsidies back.

Yep, just what St Greta tells us we can’t have because Gaia will cry.

So who should the good little progressive support?

The government trying to stop Flipper from boiling as the oceans fulminate during the end times?

Or the proud indigenous women exercising their power?

Sure, so this is just fun

A party game to explode heads when we find ourselves chatting with the noodle armed.

But there’s an important point here…. You know this stuff about killing capitalism?

Sure, we all know this. To stop us boiling Flipper we’ve got to kill capitalism.

Above all we’ve got to consume less. Uhn huh.

So what’s gonna happen when “we the people” decide we don’t want to?

Because it ain’t the capitalist plutocrats demanding all that oil, that gas, that production.

We like cooking our food. Eating flesh. Not freezing in winter.

It’s not so much that we want to go visit with the mother in law — it’s that we can go watch the game somewhere else with a beer when she comes to our place to see the wife.

We like transport, heating, food, the glories of a capitalist and consumerist society.

Which is why we keep getting them of course, we’ll pay good money for them.

What happens when we’re denied them?

Well, finally, there’s going to be that revolution of the people against the state, isn’t there?

Every revolutionary’s wet dream will happen about 3 seconds after the progressives’ desired world is imposed upon us.

Which is what does make it amusing — we the people will be revolting against the progressives.

So, what’s the solution here?

We put it forward just as an idea. For you to taste and see whether you like it…

Use this to amplify your sex drive x10

And then your libido gets a boost and you’re full of confidence.

And all you have to do is paint it on and watch it grow.

Those telling us how we must live, they do it first.

We’ve got to give up meat? You first.

Flying’s not allowed? Then you get to stay home for 5 years before you get to tell us about it.

AOC doesn’t get to go to Denmark — she just did, the last couple of days — to lecture on climate change.

Well, she has to stay in the Bronx and talk about it.

You go live the life first, then you get to tell us about it.

And then we’ll consider it. Maybe. If you survive it.

And Our Own Politicians
By Tim W., a highly placed source in Europe 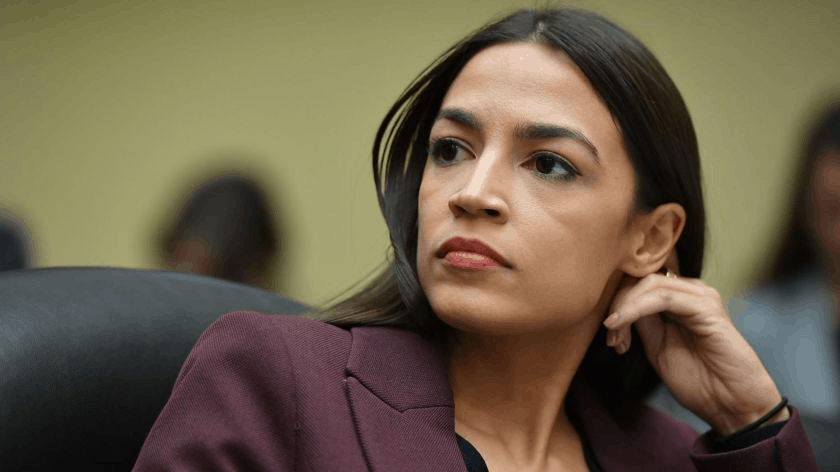 A trio of little points about our own progressive politicians.

Well, yeah this is D.C., she’s on TV a lot and as a tribune of the people, of course she’s worth it.

Paid enough by the people to pay for it too.

But that’s OK. What’s not OK is whining about it.

Nope, not the whining from us men ‘cuz what the hell do we care what her hair looks like?

It’s the words that are dangerous, right?

Women in top jobs — good jobs for Bernie — have to spend good money on how they look.

This is a tax on women.

And this is Washington Monthly, supposed to be where progressives really sort out the world for the rest of us.

And who is it that complains if a woman is on TV looking like she got pulled through the back 40 sideways?

It ain’t the men now, is it? It’s the women watching.

How could she look like that in public? And her hair!

Why no make up? And did she shave there? Hair under her arm?

If it’s the women doing the complaining, how is this men’s fault?

A church that doesn’t support gay marriage doesn’t get the tax breaks we give to churches.

What is it about the “no law respecting an establishment of religion, or prohibiting the free exercise thereof” that Beto cain’t understand?

It’s pretty simple, right? You can’t stop people from worshipping as they like.

And different taxes for different ways of praying is gonna breach that.

Which is why the Church of Satan gets the same tax breaks the Episcopalians do.

Believe anything you like — or nothing — and you still get the breaks.

The President’s oath is to uphold the Constitution.

Why the hell is Beto running for the job if he doesn’t understand what the job does?

Fortunately, Beto’s performance this time around indicates we’re not going to hear much more from him.

And then, of course, Lizzie Hatchet

She took out an ad which is a lie — Zucks is backing Trump.

OK, so the ad also said this was a lie. Great way to spend cash, right?

Her point was that Facebook allows “untrue” ads. Which it does.

The site says you can’t advertise lies on it. Except politics.

Hatchet Hiawatha says this is wrong. Political ads can only be the truth.

Jeez Marie. How much is left of politics if everyone has to tell the truth all the time?